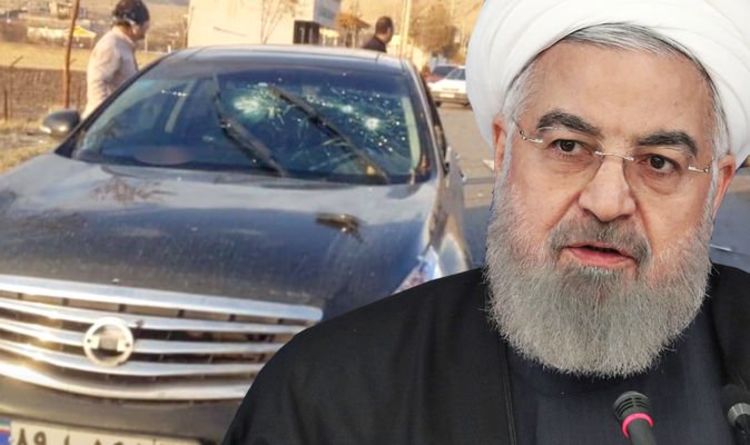 An Iranian scientist, who is suspected by Israel of being the mastermind behind the country’s nuclear weapons programme, has been killed in an attack in Tehran. Mohsen Fakhrizadeh’s death has sparked tensions between Iran and Israel, raising World War 3 concerns. Sky News’ Defence correspondent Alistair Bunkall explained why the man had been classified as a “name to remember”.

He said: “I was speaking to a western security source in the last half and hour and they say that if this turns out to be true then this will be a really big deal.

“This man is the best known, the most prominent nuclear scientist in Iran.

“He was the only one personally named in a report into the Iranian nuclear programme.

“He was singled out in 2018 by Benjamin Netanyahu, the Israeli Prime Minister, as being ‘a name to remember’.”

READ MORE: WW3 PANIC as Israel prepares for US strike on Iran before Trump exit

Mr Bunkall continued: “He said that ‘this is a name you should remember as a man who was connected with Iran’s attempts to try and develop a nuclear weapon’.

“The assassination took place just outside Tehran, up into the hills where a lot of wealthy Iranians have villas.

“He was in a car with his bodyguards. Witnesses heard an explosion and then there was gunfire.

“He was taken to hospital but they were unable to save his life.”

Mr Bunkall told Sky: “There was some confusion initially as to what Mohsen Fakhrizadeh’s condition was. Some said that he had died immediately, some said he was saved, but it has been confirmed.

“The Iranians have already started pointed fingers to the United States and Israel.

“They are suggesting that as Donald Trump comes to the final days of his presidency, the two countries are trying to stoke tensions with Iran.”

Iran has maintained that Mr Fakhrizadeh’s involvement in any nuclear programme had been for peace purposes.

However Western intelligence agencies have viewed him as the father of the Iranian bomb.

Revealed: How China’s military overpowers the US amid South China sea disputes

October 1, 2019 Admin Comments Off on Revealed: How China’s military overpowers the US amid South China sea disputes