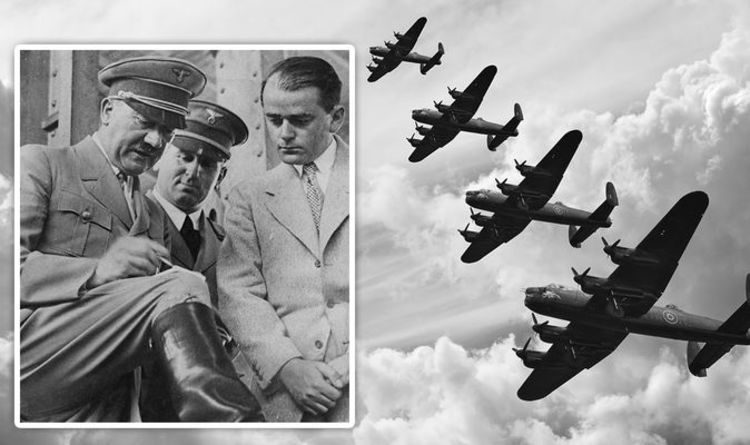 Next week marks the 80th anniversary of the heroic Battle of Britain coming to an end. Hitler drew up his strategy to invade the UK under Operation Sea Lion, as the RAF vigorously intercepted the Luftwaffe crossing the Channel. Following the fall of France, the Fuhrer wrongly assumed the Government would seek a peace agreement and so reluctantly considered invasion as a last resort if all other options failed.

But BBC’s ‘Witness History’ revealed how a ‘black book’ discovered in Berlin detailed the chilling extent of the plans for Britons in such an event.

“The Sonderfahndungsliste GB listed the people to be arrested when Britain fell to the Nazis. It’s been known since as the Black Book.

“The Luftwaffe attacks of July 1940 were part of a concentrated attempt to force Britain to lay down its arms.

“The German High Command hoped for a quick surrender without a full invasion – part of the plan was to arrest and eliminate people who threatened to disrupt a Nazi takeover.

“The book contained 2,800 names compiled secretly in an office in Berlin.”

Only two copies of the book are known to have survived – the first is now in California, the other in the Imperial War Museum in London.”

The book detailed the names, addresses and occupation of both significant British figures, as well as ordinary Britons.

Historian and curator at the Imperial War Museum, Terry Charman, revealed during the podcast how these details were quickly compiled.

He added in 2018: “Around half of the names in the book were people who had fled Germany or Eastern Europe to escape the Nazis.

“But there were also major figures from politics, journalism, science and commerce in Britain.

“The index, khaki coloured and the size of a modern paperback, was probably compiled in 1940 – but there were errors – Sigmund Freud had died the previous year.

“Yet it amounted to a pretty accurate list of people the Nazis wanted out of the way, quickly.”