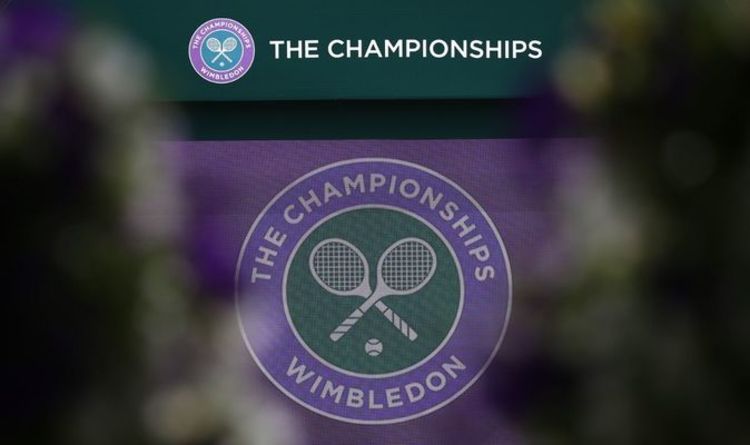 The All England Club have confirmed they will make a decision next week over whether to postpone or cancel this year’s Championships. The status of the grass-court Grand Slam has been in question as a result of the devastating impact of the global coronavirus pandemic.

Last week, the tennis season was suspended until June 8, which was scheduled to mark the start of the grass-court season.

But with UK government officials expecting the number of coronavirus cases to rise over the next few weeks, postponing or cancelling Wimbledon has become increasingly likely.

Since the outbreak, Wimbledon has been drawing up contingency plans with the UK government and public health authorities to determine the impact it will have on the tournament.

The AELTC’s sites at the All England Club, Wimbledon Park Golf Club and Raynes Park have already been closed with physical operations reduced to the practical minimum to maintain the grass courts and the security of the sites.

But 24 hours after the Tokyo Olympics was postponed until 2021, Wimbledon chiefs have set a deadline of next week to determine whether it will go ahead.

In a statement, Wimbledon confirmed they were in talks with the LTA, ATP, WTA, ITF, and the other Grand Slams, ruled out playing the event behind closed doors and said a postponement would cause ‘significant risk and difficulty’.

And chief executive Richard Lewis revealed they want to ‘bring certainty’ to the situation after weeks of speculation.

He said: “The unprecedented challenge presented by the COVID-19 crisis continues to affect our way of life in ways that we could not have imagined, and our thoughts are with all those affected in the UK and around the world.

The US Open at Flushing Meadows is then due to start on August 31 and finish September 13.

But that is now set to be followed by the French Open from September 20, after the French Tennis Federation’s bold decision to move the clay-court tournament last week.

Meanwhile, Roger Federer and his wife Mirka have donated one million Swiss Francs (£860,000) to vulnerable families in Switzerland.

“These are challenging times for everyone, and nobody should be left behind,” Federer wrote on his social media pages. “Mirka and I have personally decided to donate one million Swiss Francs for the most vulnerable families in Switzerland.

“Our contribution is just the start. We hope that others might join in supporting more families in need. Together we can overcome this crisis! Stay healthy!”