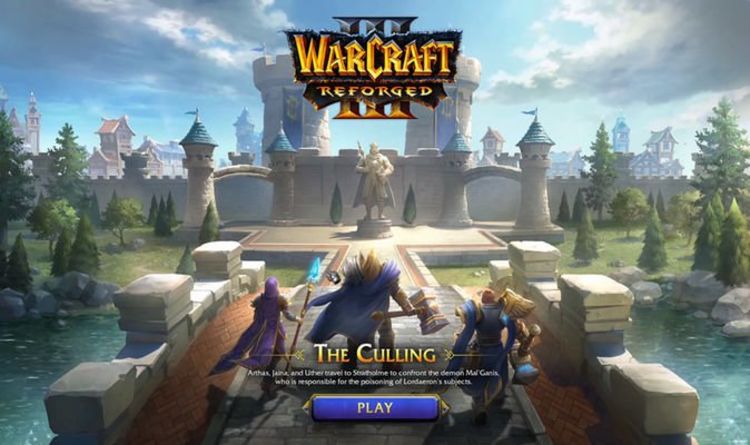 It won’t be long before Blizzard fans can explore the full extent of the Warcraft 3 Reforged campaign, via Battle Net. Blizzard has been working on the project for over a year and have had to push the launch past the original 2019 schedule. But now the Warcraft 3 Reforged release date is in sight, and we also know what time to expect the download to become available.

For those who might have missed its announcement, the new W3 Reforged project is a full remastering of the original released back in 2002.

Fans will be able to command the Night Elves, Undead, Orcs, and Humans as alliances shift and armies clash in a familiar setting.

The game has seen a big graphical upgrade and will also include improved social features but will not see any significant changes to the story.

It should also be noted that W3 Reforged is a package, including Warcraft III: Reign of Chaos and Warcraft III: The Frozen Throne.

WHAT TIME DOES WARCRAFT 3 REFORGED RELEASE THIS WEEK?

As mentioned above, the Warcraft 3 Reforged release time has also been confirmed by Blizzard before launch. The game will be available to download and install at different times, depending on where you live in the world.

Pre-order options will remain for the game over the coming days, with two available to purchase digitally. The standard edition of Warcraft 3 Reforged is available from the Blizzard Shop for $ 29.99.

Meanwhile, the Spoils of War Edition is $ 39.99 and includes a host of “extras” as well as in-game bonuses for other Blizzard games that will unlock immediately upon pre-purchase.

In addition, players who pre-purchase either version will get access to the ongoing multiplayer beta test for Warcraft III: Reforged, which is the only part of the game available to play before launch.

“Warcraft III: Reforged takes you back to a tumultuous time in Azeroth’s history, when a dark shadow eclipsed a peaceful land, the world trembled before the coming of the Burning Legion, and heroes risked it all to prevent the death of their world,” the official game description reads.

“Soon you’ll be able to relive the definitive real-time strategy classic, with revitalized visuals, an epic single-player campaign spanning over 60 missions, rebalanced online play, a suite of contemporary social and matchmaking features, a vast universe of player-created games, and more.

September 19, 2018 Admin Comments Off on Fortnite season 6 map to include bouncy Loot Lake thanks to Cube