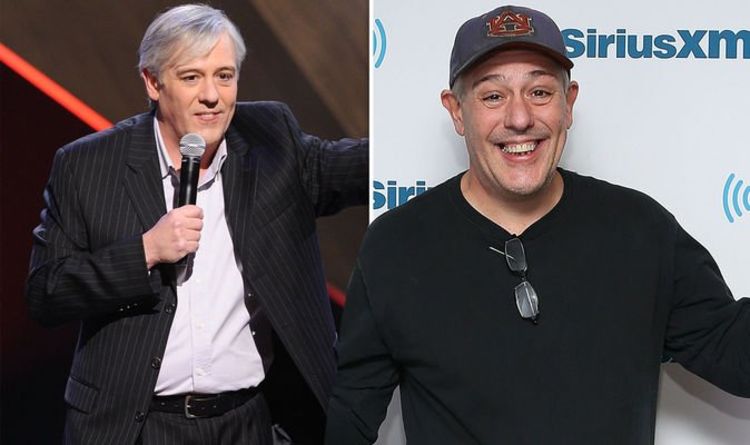 Comedian Vic Henley has died aged 57 after suffering a pulmonary embolism, his family has confirmed in a statement. Vic’s niece announced the tragic news of his death on Facebook.

As part of a lengthy statement, she wrote: “We already miss him so much and feel the heavy weight of this loss. He was our best friend.

“We love you more than you could ever know, Uncle Vic.”

The comedian’s niece went on to praise her uncle for “the smile and laughter he brought to us all”.

She added: “The amount of venues he performed in around the country and being nominated eight times for Comedian of the Year tells you a small amount of the respect he had in his industry of work.

Actor Adam Sandler shared a picture of Vic on stage alongside the caption: “RIP VIC HENLEY. Such a funny man. Loved him. Thoughts and prayers to his family.”

Comedian Dave Attell tweeted: “It’s hard to come up with words when there is so much loss going on right now.

Dan Walker: ‘Forgot how rubbish I was’ BBC host in epic gaffe on celebrity Catchphrase

October 28, 2019 Admin Comments Off on Dan Walker: ‘Forgot how rubbish I was’ BBC host in epic gaffe on celebrity Catchphrase

December 5, 2019 Admin Comments Off on Jeremy Clarkson slams ‘mad and dangerous’ Greta Thunberg in shock rant ‘go back to school’

December 16, 2018 Admin Comments Off on Katya Jones: Strictly pro in ‘row’ with Gemma Atkinson over ‘flirting’ with Gorka Marquez