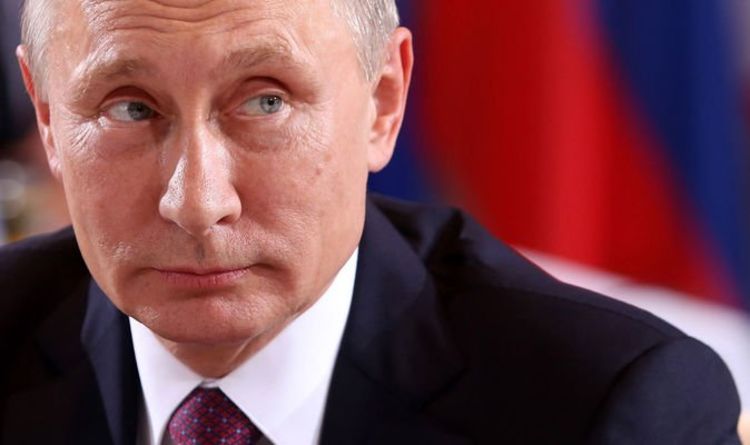 The officers died in the Barents Sea on Monday, but the accident was covered-up. Even now the Kremlin will only say the crew of so-called hydronauts – effectively deep sea special forces – were studying the sea floor and details of the tragedy are a “state secret”. But it has emerged the nuclear-powered AS-12 sub, nicknamed Losharik, was spearheading President Putin’s plan to lay claim to, and mine, fossil fuels and precious stones from under the Arctic ice.  About one third of the entire planet’s undiscovered natural gas and 16 per cent of the world’s undiscovered oil is buried in the Arctic Circle. Coal, diamonds, uranium, phosphate, nickel, platinum and other precious minerals are also waiting to be exploited as part of a natural resource worth hundreds of billions of dollars.

A recent Pentagon briefing paper claims Putin intends to turn the region into a energy and minerals resource for Russia – and to dominate and control sea routes by monitoring ice floes and determining when shipping lanes will be ice-free.

Moscow is also about to open the Arctic’s first nuclear power station – built on a floating platform which will be towed this month to the Arctic town of Pevek. All of which Mr Putin believes will earn him a “decisive voice” in the region.

Moscow has even planted an underwater flag at the North Pole. But the 14 high ranking sub-mariners buried in St Petersburg, on Saturday were the first casualties of Mr Putin’s very cold war.

In the face of clear evidence the Russian defence ministry confirmed the lost vessel was nuclear-powered for the first time on Friday – four days after the tragedy.

The identities of the crew were considered classified.

At the gates of the cemetery a representative of the defence ministry said: “You have to understand that the identities of most of the people who gathered here are secret and their faces cannot be shown.”

During the service there was a military salute and the Russian national anthem was heard.

Earlier, the day Russian National Guard lined the streets of St Petersburg as the coffins of the elite officers who were killed in a fire on board a nuclear powered submarine made their way through the city.

World War 3: India-Pakistan war could cause NUCLEAR WINTER – 'no one is safe'

February 27, 2019 Admin Comments Off on World War 3: India-Pakistan war could cause NUCLEAR WINTER – 'no one is safe'