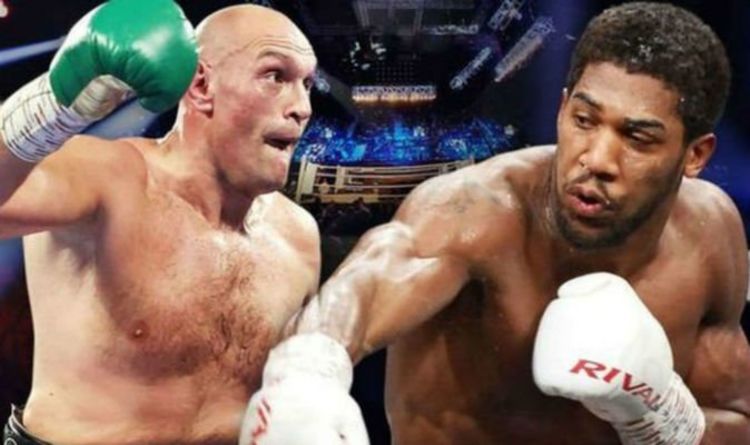 All that remained for the pair, 31 and 30 respectively, to face one another later this year was for them to win their upcoming fights against Wilder and Kubrat Pulev.

The coronavirus outbreak, however, has thrown a major spanner into the works of what would be the biggest fight in the history of British boxing.

The global pandemic has led to Fury’s trilogy fight with Wilder being postponed until October, meaning ‘The Gypsy King’ would have to perform a quick turnaround to take part in an end-of-year clash with ‘AJ’.

And Warren concedes the turnaround would be too much for the WBC king.

“Fighters also need a date to be fully focussed on. They want to be at their peak for a date so they need a date to train towards, we can’t give them any dates.

“It is a blow as we would have liked to have got it done in the summer but it is what it is. The whole country is in the same boat, everything has gone on hold.”

Fury vs Wilder 3 will reportedly take place in Las Vegas on October 3.

A venue for the pair’s third meeting has not yet been finalised, although it’s understood the MGM Grand Garden Arena is in consideration to host the fight again.

Warren has ruled out the prospect of the pair’s trilogy fight taking place behind closed doors, adding: “The 18th [of July] will not happen.

“The commission in Nevada has said ‘no boxing’ for the foreseeable future and Las Vegas has closed down all the casinos – it’s like a ghost town there.

“No-one knows what’s happening day to day, all we can do is hope for the best and push it back as far as possible so October looks like the date for the fight.

What Man Utd stars Rashford, De Gea and Lingard did after PSG defeat summed up mood

February 13, 2019 Admin Comments Off on What Man Utd stars Rashford, De Gea and Lingard did after PSG defeat summed up mood