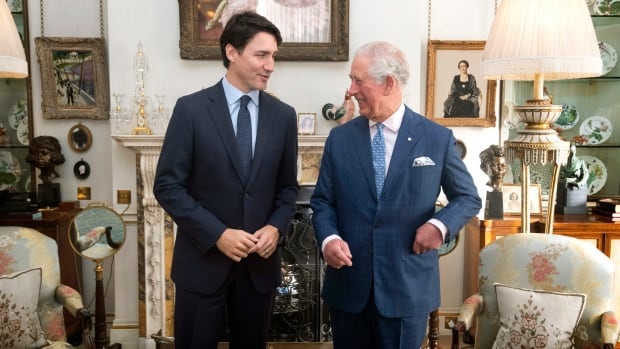 Canadian Prime Minister Justin Trudeau hit the ground running on Tuesday with a series of courtesy calls in London ahead of the NATO summit with other world leaders.

Trudeau met with Prince Charles at Clarence House, the royal residence that had been home to Queen Mother. There have been reports in Britain that the prince will be stepping up more often to assume public duties normally carried out by Queen Elizabeth, who turns 94 in the spring.

The reports come as the Royal Family tries to contain the damage from a BBC interview Prince Andrew gave over his friendship with convicted American sex offender Jeffrey Epstein. On Monday, an American woman who says she was forced to have sex with the prince when she was a teenager told her story to the BBC.

Some NATO leaders have openly questioned the future of the 70-year-old military alliance, with French President Emmanuel Macron saying it is suffering a “brain death.”

“This alliance at 70 is extremely important to Canada and to people around the world, and we’re going to continue to be dedicated to it,” said Trudeau.

Levitis was even more determined to shore up the alliance in the face of criticism.

“For Latvia, I can say the transatlantic bond — that means Europe and Canada and the U.S. — are the cornerstones of our defence politics and of our foreign politics,” he said.

“Because NATO is comprised of member states which share the same values: rule of law, democracy. And these values are to be defended. And we both, Canada and Latvia, are ready and willing to do so.”

Later Tuesday, Trudeau will sit down with U.S. President Donald Trump on the sidelines of the NATO summit.

At least 54 killed in jihadist attack on army in Mali

November 2, 2019 Admin Comments Off on At least 54 killed in jihadist attack on army in Mali