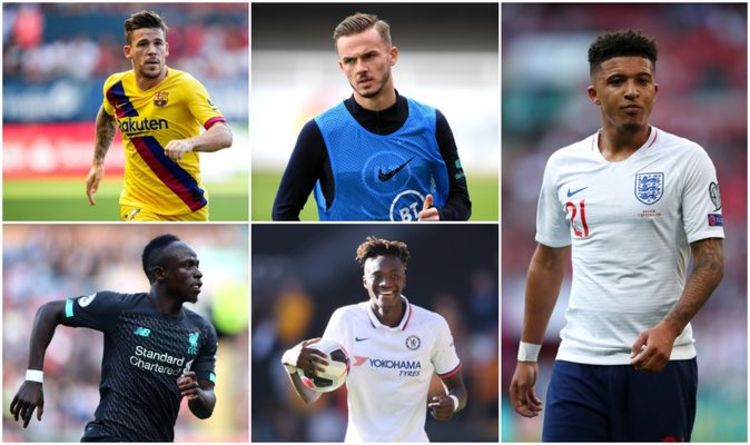 The Armenia international arrived at Roma from Arsenal on a season-long loan and it didn’t take him long to settle in when scoring 22-minutes into his debut.

“I [expected the good performance] from him. I know him as a great player, and he is a very good addition to our attacking team who wants to play football,” Dzeko told reporters after the game.

“I am one 100% sure he is going to be a big help for us. I was definitely happy to see this transfer happen.”

Juventus are keen on bringing Manchester United midfielder Nemanja Matic to Serie A.

Matic failed to make an appearance under manager Ole Gunnar Solskjaer this season until Saturday’s win over Leicester.

But with Paul Pogba to return from injury, the Serbian will likely see his services reduced to bench duty once again.

And according to The Sun, Matic may not have to try his hand at cracking the first XI, as Juventus are in for his signature.

The report states that Matic’s lack of playing time for United has put Juve, who wanted to bring Pogba back to Turn, on alert for the Serb.

That’s according to ESPN FC, who claim Ole Gunnar Solskjaer wants to bring the pair to Old Trafford next summer.

Maddison, 22, is thought to be valued at £80million by Leicester, while Borussia Dortmund’s Sancho could cost upwards of £100m.

Solskjaer’s side spent £150m on Harry Maguire, Aaron Wan-Bissaka and Daniel James last summer – and the Red Devils want to continue with the same transfer strategy.

Jake Cain has signed his first professional contract with Liverpool.

The teenager, 18, plays for Liverpool’s Under-18 squad, where he’s scored five goals and provided 16 assists in 29 appearances.

The European champions have rewarded the attacking midfielder with a long-term contract.

“A creative influence with an eye for goal, Cain already has several assists to his name this season as well as finding the net three times himself,” Liverpool wrote on their official website.

Barcelona star Carles Perez is set to sign a new contract with the Spanish champions.

And he’s impressed – notching up a goal against Real Betis and two assists away to Osasuna.

Now, Spanish newspaper AS claim the 21-year-old star will sign a new long-term deal at the Nou Camp and the deal could be completed before the end of the month.