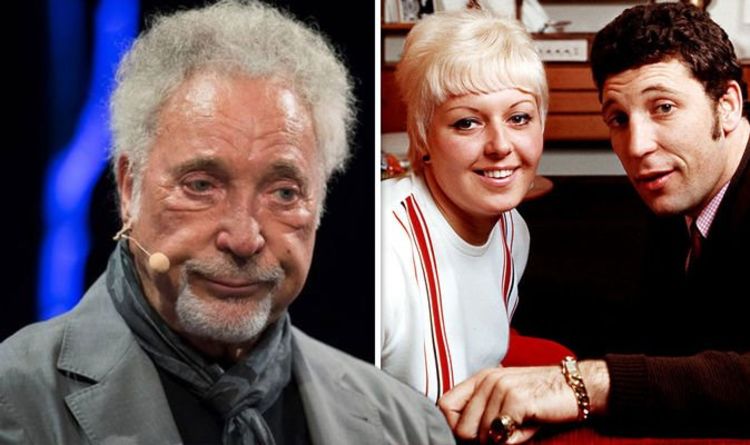 The Voice UK coach Sir Tom Jones, 80, has revealed he struggles to perform and listen to a song that “jogs his memory” of his marriage to his late wife, Melinda Trenchard. It comes after Tom’s beloved other half Linda died aged 75 on April 10, 2016, after a “short but fierce” battle with lung cancer.

The It’s Not Unusual hitmaker admitted he finds it hard to reminisce on his relationship with his childhood sweetheart, who he met when they were both teenagers at school, and that Frank Sinatra’s track The Hungry Years brings all of his memories back.

Sir Tom opened up about the heartbreaking story behind the song while taking part in creating a “Soundtrack of my Life”.

When quizzed on a song he “can no longer listen to”, the singer said while discussing The Hungry Years: “This song is about missing ‘those hungry years’.

“It jogs my memory of my wife and myself.

“We got married very young, you see, and she was with me up until five years ago when she had lung cancer and passed away.”

The star went on to reveal he attempted to perform the song as a duet with a contestant on The Voice UK, but he couldn’t do it without getting emotional.

Sir Tom added in a new interview with NME: “I tried to sing it as a duet with a lady on The Voice but every time I went to do it, I got a lump in my throat.”

The Welsh performer and Linda were married for 59 years before Linda’s tragic death.

“She would look great. She was the best-looking girl around there, and we got together. It was magic.”

Sir Tom has since called Linda his “soulmate”, saying: “We’re both Welsh and both laugh at the same things.

“After the passion in our marriage died down, we became soulmates.

“Even if I could have foreseen my fame, I still would have married Linda.”

Tom previously revealed that music helped him to cope during his time of grief.

While appearing on Lorraine in 2017, he said: “When she passed it was sudden.

“In April she found out she had lung cancer and it was too late it was terminal.

“It was very very quick so it really knocked the stuffing out of me because we had been together since we were kids.

“We were kids together, and she’s always been there so it was a strange thing I didn’t know whether I would be able to carry on.”

Sir Tom then admitted: “[Music] saved my life, it’s saving my life. Music is more important even to me now than it was before.”