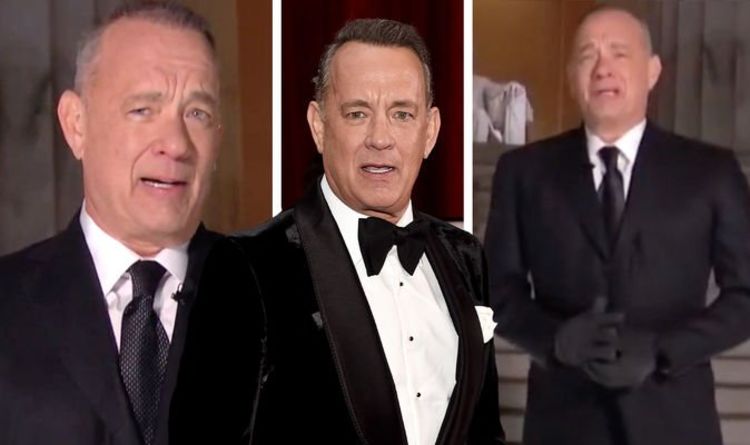 Following President Joe Biden‘s inauguration on Wednesday 20 January, Tom Hanks proudly hosted the concert ceremony Celebrating America, which aired yesterday evening. But the actor left fans worried as he appeared during the lengthy celebration without a coat on whilst standing outside in the bitterly cold weather, just months after recovering from Covid-19.

Tom wore a smart black suit and tie to host the show, teamed with wooly gloves as he addressed the nation after the 46th President was sworn in.

The concert saw numerous celebrities and musician come together across the nation to rejoice the new presidency.

In between acts, the actor thanked the heroes of society for their work throughout the coronavirus pandemic and the uprisings America has seen over the past few years.

Someone else pleaded: “Can we get Tom Hanks an outdoor coat please. We already had a scare earlier. Protect the National Treasure.”

Others made light of the situation, and a string of humorous jokes began to appear.

“I think it’s a terrible irony that after surviving all those years on that tropical island that Tom Hanks is going to freeze to death in the middle of a major city,” one joked, referring to one of the actor’s most well-known films Castaway, where he played a character stranded on a desert island.

A second noted: “Tom Hanks look colder than he was in Polar Express.”