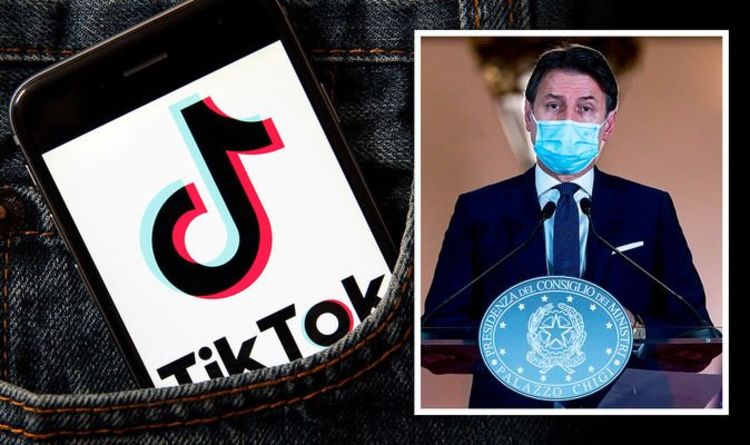 As a result, the Italian Data Protection Authority (IDPA) said TikTok had to block unverified user accounts until at least February 15 awaiting further information. A spokeswoman for TikTok in Italy said the company was analysing the communication received from the authority.

In an emailed comment, she said: “Privacy and safety are absolute priorities for TikTok and we are constantly working to strengthen our policies, our processes and our technologies to protect our community and younger users in particular.”

TikTok, which is owned by China’s ByteDance, has been rapidly growing in popularity around the world, especially among teenagers.

The latest ruling came after a girl died of asphyxiation in Palermo, Sicily, in a case which has shocked Italy.

The youngster’s parents said she had been taking part in a so-called blackout challenge on TikTok, during which she put a belt around her neck and held her breath while recording herself on her phone.

The girl’s father Angelo Sicomero told today’s Corriere della Sera newspaper: “TikTok was her world. And YouTube. That’s how she spent her time.”

TikTok is consequently banned from “further processing user data for which there is no absolute certainty of age and, consequently, of compliance with the provisions related to the age requirement”.

In the United States, the administration of now-ousted Donald Trump last year opted not to grant ByteDance a new extension of an order issued by the president in August requiring the company to divest TikTok’s US assets.

That gave the Justice Department the power to enforce the divestiture order once the deadline expired.

However, the preliminary injunction issued on December 7 by US District Court Judge Carl Nichols prevented the US Department of Commerce from enforcing rules which would have made it illegal for infrastructure companies to carry TikTok’s network traffic.

The US government swiftly appealed the decision handed.

Mr Trump had voiced concerns about the short-video app, suggesting it could be used by China for surveillance purposes.

In August he said: “As far as TikTok is concerned, we are banning them from the United States.

Pakistan banned TikTok, accusing it of featuring “immoral” and “indecent” videos on October 9 – but the decision was reversed ten days later.

In that month, it surpassed two billion mobile downloads worldwide.

For confidential support call the Samaritans, any time, on 116 123.