– Bukola Saraki has called on the UK, and the EU to follow the footsteps of the US is placing visa restriction on corrupt Nigerian politicians

– The former Senate president said that the ban should even be extended to judges, security agents and electoral officers who undermine democracy in the country

Bukola Saraki has reacted to the United States (US)’s recent visa restriction slammed on some Nigerians who undermine the democracy especially during Kogi and Bayelsa gubernatorial elections.

The former Senate president during an event to mark the 2020 edition of the International Day of Democracy organised by the Centre for Advancement of Civil Liberties, hailed the US for taking a step in the right direction to deter enemies of democracy in Nigeria.

Coronavirus: Engaging activities you can do to avoid boredom following the stay at home order 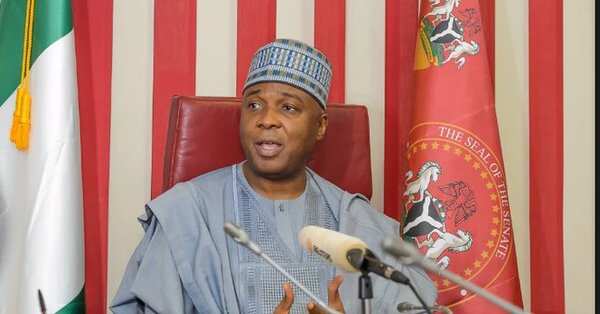 He said: “The US decision to place visa restrictions on certain Nigerian politicians for their ignoble roles in the 2019 elections is commendable.”

Moreover, the former Kwara governor called on the European Union (EU) and the United Kingdom (UK) to place similar bans on not just Nigerian politicians but all corrupt stakeholders like security operatives, electoral officers, election tribunal judges who in one way or the other.

Saraki noted: “I call on the UK and the European Union to follow suit. This is necessary to send the right and strong signal that those who undermine democracy in Nigeria are enemies of the rest of the democratic world.

“The sanctions should go beyond politicians and include electoral officers, security officials and judicial officers who undermine our democracy by their actions during and after elections.”

Meanwhile, Legit.ng reported that following the imposed visa restriction on some individuals for their involvement in electoral malpractice, the Peoples Democratic Party (PDP) had praised the US over the ban.

The opposition party in a statement signed by Kola Ologbondiyan, the national publicity secretary, on Tuesday, September 15, noted that the election riggers undermined Nigeria’s democracy and the electoral process.

The PDP also demanded that the US Department of State extend the visa ban to the family members of such individuals.

Ologbondiyan speaking further noted that the assets of such anti-democratic agents should be confiscated as it would serve as a stronger deterrent to protect innocent Nigerians who were left to bear the brunt of the misdeed.

December 18, 2019 Admin Comments Off on Jigawa government to build 95 mosques across state

November 13, 2018 Admin Comments Off on Eden Hazard reveals the former team-mate who convinced him to join Chelsea