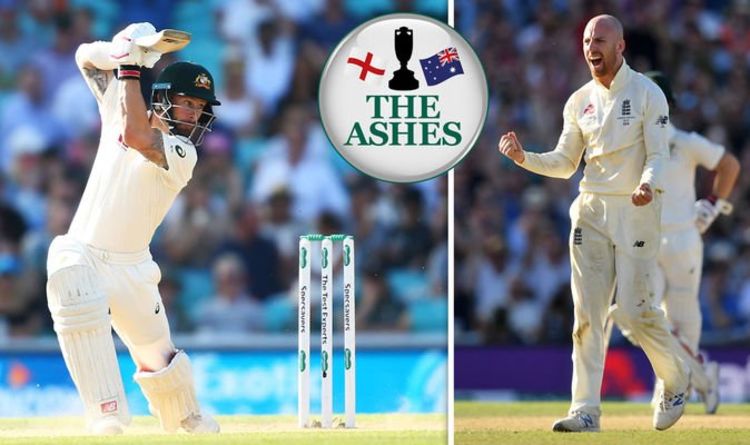 England are aiming to end the Ashes series on a high as they take on Australia at the Oval in the fifth Ashes Test.

Australia have already retained the Ashes with a win at Old Trafford last week giving them a 2-1 lead.

Steve Smith has been the star for the tourists with his three centuries grinding England down.

The hosts have had little answer to Australian’s bowling attack too with the likes of Pat Cummins and Josh Hazlewood impressing.

For England, they will be keen to draw the series following on from winning the World Cup. Jason Roy has been dropped with Chris Woakes and Sam Curran coming in for the final Test as Craig Overton also misses out.

And the Three Lions had a strong start to the Test, despite losing the toss. England went to lunch on 86-1.

For captain Joe Root, who has had his leadership abilities questioned this series, it’s about preparation for the Ashes Down Under in 2021-22.

“We have to use the next two-and-a-half years to focus on putting in a winning tour down under,” Root said.

The Ashes LIVE: England vs Australia fifth Test scorecard from the Oval below

“That’s a real incentive for everyone, to be part of something special there.

“I know the direction I want to take this team and it’s about starting that now, not after this series.

“It’s about trying to make sure we use this match as a stepping stone, win this game, have a really strong winter and move forward as a group.”

Australia have retained the Urn but are keen to win an Ashes series in England outright for the first time since 2001.

“We have spoken a lot about it. We came here to win the Ashes, not just retain them.

“Last week’s result at Old Trafford was brilliant and we played very well, but all the guys are aware that this Test is bigger than that one.

“We want this Test as much as any other Test we’ve played in this series.”

November 10, 2018 Admin Comments Off on Jose Mourinho warns his Man Utd stars they must ‘grow up’ ahead of Man City derby showdown

May 19, 2020 Admin Comments Off on Premier League want Liverpool stars to get title celebration despite coronavirus protocols