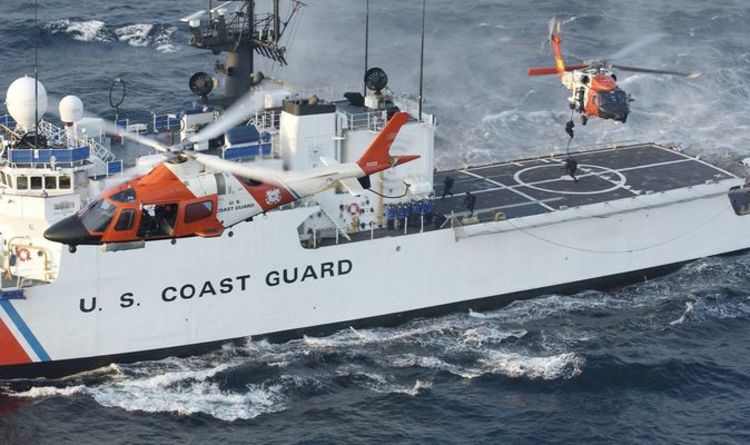 The news was announced yesterday by Robert O’Brien, US National Security Advisor. In a statement, Mr O’Brien described the US as a “Pacific power,” and said illegal fishing activity by China was a threat to US sovereignty.

He said the new generation of response boats would be deployed in the western Pacific.

The security official said: “The People’s Republic of China’s illegal, unreported, and unregulated fishing, and harassment of vessels operating in the exclusive economic zones of other countries in the Indo-Pacific, threatens our sovereignty, as well as the sovereignty of our Pacific neighbours and endangers regional stability.

“The USCG is strategically homeporting significantly enhanced Fast Response Cutters, built in a proven Louisiana-based shipyard, in the western Pacific.”

It is understood the new boats will be tasked with conducting “maritime security missions” which would include patrolling fisheries.

Mr O’Brien added the boats would be deployed “in collaboration” with other US allies in the region whose offshore surveillance is more limited.

In addition, even more of the boats could be stationed in American Samoa, pending a survey in 2021.

China’s fishing fleet is thought to be the world’s largest. The country operates a minimum of 2,900 distant-water boats which fish outside of China’s own maritime borders, according to Eco-Business.

Earlier this year, Ecuadorean naval forces discovered a Chinese fishing fleet off the Galápagos Islands consisting of around 340 boats.

The islands, which are part of the Republic of Ecuador, are ecologically sensitive.

Ecuador’s Navy Commander Rear Admiral Darwin Jarrin claimed in August many of the boats had been turning off their communications systems.

If true, it would be a violation of rules set out by the regional fisheries management organisation (RFMO), Al Jazeera reports.

The Galápagos Islands are described by UNESCO as “one of the richest marine ecosystems in the world”.

It describes illegal fishing, as well as increased tourism, as one of the “main threats” to the islands.

A law to prevent over-fishing in the region was introduced in 1986 and strengthened 12 years later.

China’s embassy in Ecuador has said it is putting in place new rules to crack down on illegal fishing activity by its vessels and had adopted a “zero tolerance” policy.