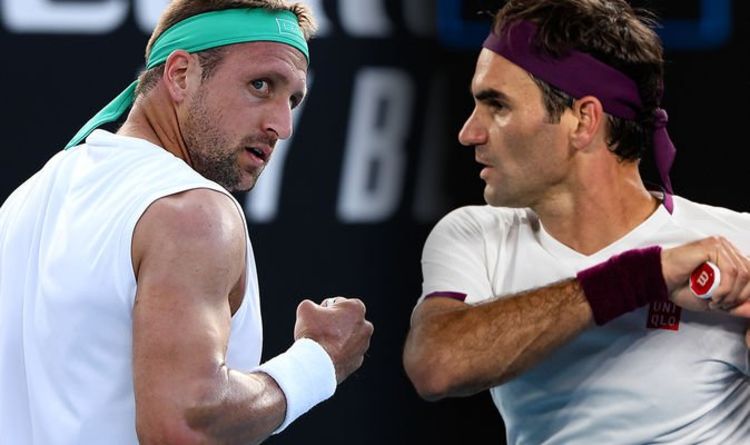 Sandgren has also spoken out about Tuesday’s quarter-final against Federer, saying: “I haven’t had that many looks or wasn’t supposed to.

“The fact that I am [in the quarter-finals], I get amped up.

“I want to perform. I want to do well. I don’t want to take the time on the court for granted.

“Getting to play in a big stadium, in front of a lot of people, because I’ve played a lot of tennis in front of very few people, the fact I get to do that seems to bring out the best tennis in me.”

He added: “It seems if I play pretty well, I have a shot. With the way I serve, some of the offensive and defensive skills I bring to the table, [it] seems to translate in some of these bigger matches.”

April 8, 2020 Admin Comments Off on UFC to host fights on a private island as Dana White combats coronavirus pandemic