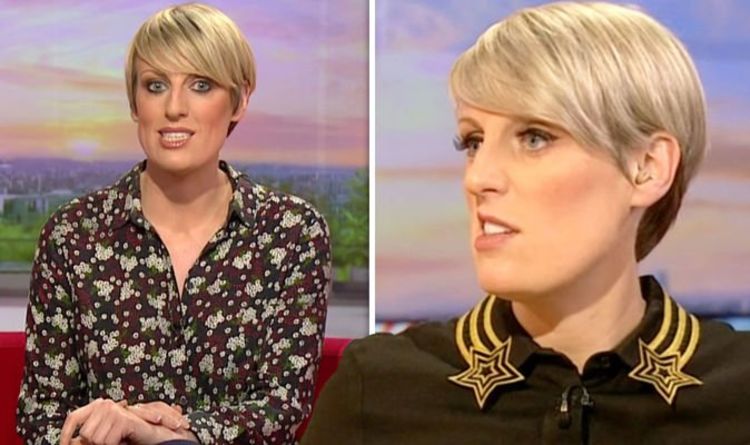 Steph McGovern, 37, gets up before dawn, 3.30am, in order to be in the studio on air by 6am, when BBC Breakfast airs each day. In an interview with The Guardian last year, the presenter spoke about her schedule and eating habits as she revealed the side of her work viewers don’t see. “I’ll have eggs at around 7am from the canteen – scrambled or poached, occasionally with a slice of brown toast,” she explained. “If I’m on the road, though, say, a factory visit, it’ll be a bacon butty with the team. Which is great, a real treat.

“But it’s all downhill from there,” Steph added.

The BBC Breakfast favourite, who is often on location to report from businesses around the UK, said she makes it to the gym on a “healthy day”.

Away from the bright lights of the studio and a job which often sees her crossing paths with celebrities and politicians, Steph detailed the aspects of her job which lack the same glamorous sheen.

“It’s that I’m basically just grabbing what’s to hand,” she said of her on-the-go lunches.

“I know Virgin Trains’ West Coast menu off by heart.”

Earlier this summer, BBC Breakfast’s Steph McGovern confirmed her pregnancy with her girlfriend in a sweet Twitter announcement.

The reporter added the hashtag: “#babyonboard.”

Back in January, she denied rumours she was pregnant, saying she simply had a “pot belly”.

“For those who are congratulating me on my ‘pregnancy’,” she wrote. “I am not ‘with child’, I am ‘with pot belly’.”

Steph later spoke out about the early stages of her pregnancy, revealing she had been struggling with morning sickness on BBC Breakfast.

Asked how she was feeling, she said: “All good thank you, bit of a rough start…

“Charlie [Stayt] nearly got covered in watermelon one morning,” she quipped, referring to the fact she almost threw up on her co-star.

Steph’s girlfriend’s name is not known but she works as a TV executive.

At the time of the presenter’s pregnancy announcement, a source told The Sun: “Steph and her girlfriend are absolutely thrilled.

“Everyone at the Beeb is delighted too — she is one of the most popular faces on and off there red sofa.

“But she won’t be doing any magazine shoots any time soon,” they added. “She values her privacy too much.”

BBC Breakfast airs daily at 6am on BBC One.

Carol Kirkwood: BBC Breakfast star opens up about 'life-threatening' job – 'I get nervous'

November 6, 2018 Admin Comments Off on Carol Kirkwood: BBC Breakfast star opens up about 'life-threatening' job – 'I get nervous'

Sylvia Day: The ex-spy bringing romantic fiction in from the cold

October 9, 2019 Admin Comments Off on Sylvia Day: The ex-spy bringing romantic fiction in from the cold