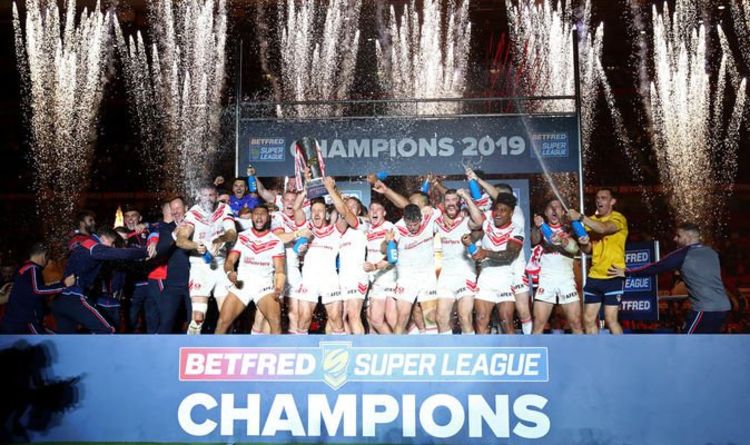 Saints, who had finished 16 points clear at the end of the regular season, finally managed to turn on the style on the big stage, quelling the brave challenge of spirited opponents to secure a record seventh Super League title, their first since 2014.

It meant that, after two near misses in 2018 and a heartbreaking Wembley defeat in August, the St Helens players got their wish to send popular coach Justin Holbrook out with a major trophy just as Wigan had done for Shaun Wane 12 months earlier.

Morgan Knowles, Zeb Taia and Mark Percival scored tries and Lachlan Coote kicked five goals from as many attempts to deny Ian Watson’s team of so-called misfits who had defied all logic to reach a maiden Grand Final.

They never really looked capable of bridging the 43-year gap since their last title triumph but Salford certainly played their part in an entertaining contest in front of a crowd of 64,102.

It looked ominous for the Red Devils as Saints got off to a storming start through their all-England front row.

Props Alex Walmsley and Luke Thompson set the platform with some power-packed runs but the former also demonstrated some deft handling skills to get loose forward Knowles over for the opening try.

There was also a touch of craft from hooker James Roby as he broke from a scrum 10 metres and got supporting second rower Taia romping over for a try clearly fashioned on the training park.

With Coote adding both conversions to make it 12-0 after 23 minutes, Saints looked set to run away with it, but Salford and star man Jackson Hastings in particular had other ideas.

Stand-off Tui Lolohea jinked his way to the line only to have the try disallowed for obstruction but he then combined with Hastings to create the space for centre Jake Bibby to cross for a try nine minutes before half-time.

Krisnan Inu kicked the touchline conversion to halve the deficit and it was nothing less than the Red Devils deserved.

But the game began to slip away from them nine minutes into the second half, thanks to superb opportunism from England centre Percival.

He ran across the Salford defence and, spotting the full-back out of position, put in a slide-rule grubber, winning the race to touch down for his side’s third try.

Coote’s third conversion restored the 12-point advantage and he put two scores between the sides with a penalty on the hour after Thompson had been tackled high by Gil Dudson.

Little went right for Salford as they began to chase the game and Coote kicked a second penalty before winger Tom Makinson wrapped up the scoring with a 40-metre drop goal two minutes from the end.

Saints will now get the chance to take on Sydney Roosters in February for the right to be called world champions but Kristian Woolf will have the honour of leading them into that battle as he prepares to fill the considerable hole created by Holbrook’s departure.