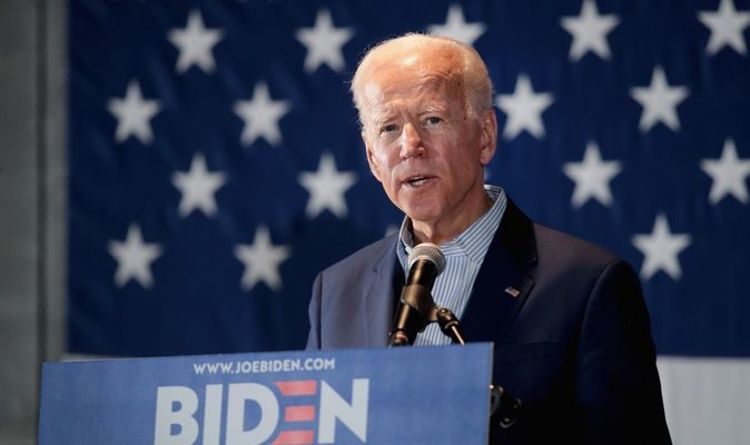 However, Mr Biden’s approach may not be too far from Donald Trump’s experts have warned. In addition, some observers warn Donald Trump could use his final months of presidency to worsen US-China relations.

It follows Mr Biden’s presidential election victory over the weekend, when he secured enough electoral votes to beat Donald Trump.

The Democrat will become president when following an inauguration ceremony in January next year.

Mr Biden has already addressed the US in a victory speech in which he stressed the importance of “unity” within the nation.

Now, analysts in China are discussing how the 77-year-old will address China – a nation with which the US has had a tense relationship this year.

Chinese state media outlet the Global Times has said that before then, current president Donald Trump could have a “final madness”.

The South China Morning post adds tensions would be likely to heat up between China and the US over Taiwan in this time.

READ: Trump successor: Ivanka, Donald Jr and Eric all touted to take over as POTUS in 2024

Others predict Mr Biden will be provide “breathing room” between Washington and Beijing as US president, Chinese experts have said.

One analyst said the Democratic president-elect would take a “more moderate” stance on foreign affairs than the current administration under Donald Trump.

Jin Canrong, an associate dean at Beijing’s School of International Studies at the Renmin University of China, told the outlet the president-elect would allow a “buffer period” between the two countries.

He said: “Biden will be more moderate and mature in handling foreign affairs.”

However, the international studies expert warned Mr Biden can only do so much as president.

Mr Jin said the US’ stance on Beijing would be “a strategic consensus” between not just the Democrat Party but Republicans as well.

In recent months, the US has approved several hundred million dollars’ worth of arms sales to Taiwan, including aircraft and coastal defence systems.

It follows reports of military activity carried out by China’s People’s Liberation Army around the Taiwan Strait region.

One monitoring group based in Taiwan has claimed the PLA crossed into Taiwan’s air identification zone on 25 separate days in October this year.

Sun Taiyi, a political science professor at Christopher Newport University in the US, told Global Times Mr Biden’s administration may not be as “pro-Taiwan” as that of Mr Trump.

October 19, 2019 Admin Comments Off on Trump humiliated by female astronauts who fact check his space blunder during live call