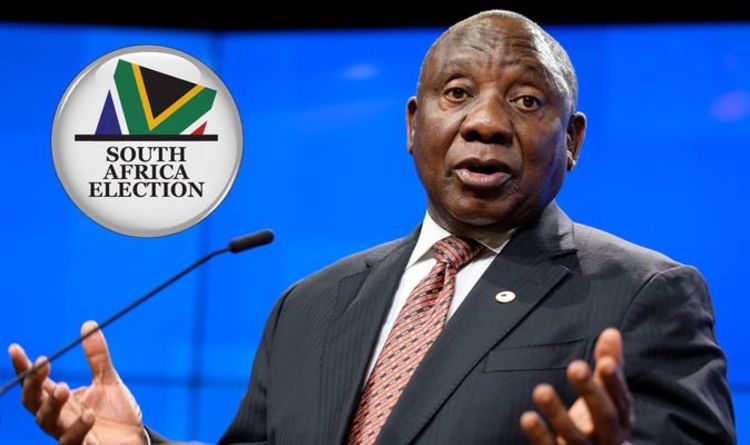 South Africa will head to the polls on Wednesday, May 8, to vote in the nation’s sixth democratic elections. Voters will elect a new National Assembly and provincial legislatures in each province. Close to 27 millions people have registered to vote with around 70 percent of that number expected to cast their votes today.

Who will win the 2019 South Africa elections?

All eyes will be on the African National Congress (ANC) in today’s election.

The party won 62.2 percent in the last elections in 2014, and voters will be interested to see whether ANC can keep its majority.

The ANC, led by incumbent president Cyril Ramaphosa, has been the ruling party of post-apartheid South Africa since the election of Nelson Mandela in the 1994 election.

Winning every election since then, the ANC has pressure to continue as South Africa’s governing political party.

However, looking at predictions for 2019, ANC is largely expected to show a decline in support.

The expected support for the party is currently between 55 and 60 percent, with the Democratic Alliance (DA) anticipated to also show a drop.

The DA secured 22 percent of vote in the 2014 elections, making it the nation’s official opposition party.

The party is expected to receive between 18 and 20 percent this time around.

The Economic Freedom Fighters (EFF), which contested the national vote for the first time in 2014, debuted at 6.4 percent of the vote.

This year, however, the EFF could receive a massive boost from the voters.

Predictions show the party, which politics are far-left, could see a jump to around double the support with between 11 and 14 percent of the vote.

How to check the 2019 South Africa elections result

The official results will be available from the Electoral Commission of South Africa (IEC).

The IEC results portal can be found HERE.

The final pronouncement of the results are expected on Saturday, May 11.

December 14, 2019 Admin Comments Off on US military embarrassed as catastrophic drone disaster costs millions of dollars

January 29, 2019 Admin Comments Off on FaceTime bug lets users EAVESDROP on people they are calling even if they don’t pick up