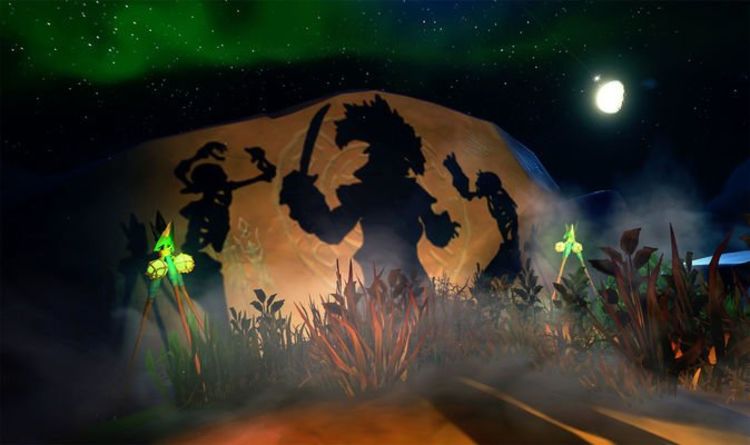 A big Sea of Thieves patch is being released this week, and as you can guess, it’s a bit of a spooky update being planned. Developers Rare haven’t shared much about what is being planned for this expansion, making it hard to gauge how big it will be. But while we don’t know everything about what will be included in Sea of Thieves: Fate of the Damned, we do know when it will be arriving.

According to Microsoft and Rare, Sea of Thieves Fate of the Damned will be released on Wednesday, October 28, 2020.

We don’t know how big this new update will be or how much extra space you will need to download it.

We do know that it will require server maintenance, meaning pirates across all platforms will have to wait a while on launch day.

According to Rare, Sea of Thieves update maintenance will begin at 10am GMT on October 28, or 3am PDT, if you live in the United States.

A message from Rare adds: “Attention pirates! The Sea of Thieves servers will be offline from approximately 10am GMT tomorrow, Wednesday 28th, so we can position the pumpkins for the Fate of the Damned update. Please plan your Voyages accordingly.”

We don’t know how long maintenance will last but we would expect the game servers to be offline for at least an hour.

More news regarding the Fate of the Damned is expected to be shared on launch day as part of some detailed patch notes.

One of the most recent teaser trailer for the new expansion featured a small island, featuring a skeleton clutching a white lantern, and it doesn’t give much a way for fans to talk about.

Sea of Thieves already has plenty of rowdy skeletons and ghosts, so it will be interesting to see what Rare has planned for this week’s October update.

As mentioned in the game’s official description: “The scuttling dead have prowled the Sea of Thieves since the first wave of pirates died… and came back.

“Since then, things have escalated: now there are different types of skellies needing different tactics to defeat, Skeleton Captains at large with bounties on their heads, Skeleton Forts heralded by skull clouds and ships crewed by cackling cadavers. All such encounters are likely to be hostile.

“As you set out to carve a legacy, be warned: not all figures of local lore are content to linger in the past. Crews that sail in search of these secrets may face the reality behind rumours of gargantuan sea beasts and other dangers lurking beneath the surface of the world.

“The Kraken has taken down far too many ships to be ignored, and following The Hungering One’s rampage, the Megalodon menace remaining in the world is all too real!

“The Kraken’s grasping tentacles love to strangle ships and pluck up unwary pirates, while the Megalodon rushes ships in fearsome attacks that leave them limping in the water.

“On the bright side, defeat these beasts and they’ll not only cough up loot, their meat can prove valuable too.”

Final Fantasy X and X-2 HD Remaster: It’s not a Sin to dive back in!

October 4, 2019 Admin Comments Off on PS5 and Xbox Scarlett release date news: New PlayStation and Xbox could have big advantage

December 16, 2019 Admin Comments Off on Microsoft delivers the real Xbox Series X news fans have been waiting for