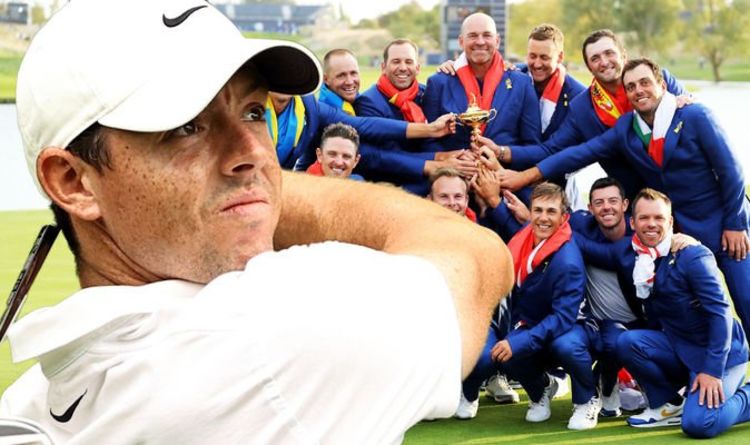 Rory McIlroy finally got his way with the postponement of the Ryder Cup, a decision which has been widely applauded. It was entirely predictable and widely trailed but it was also a mistake.

The argument put forward by the World No 1 that a Ryder Cup is not a Ryder Cup without fans held sway but the reality is that the deep-seated rivalry between Europe and the United States would have meant it would still have worked as a contest.

The Ryder Cup is golf’s shop window, drawing in casual sports fans with the ‘them against us’ edge its team format brings. It exists to make the sport seem more interesting than it really is.

In postponing September’s dust-up, under pressure from the players, the PGA of America have missed a great opportunity to promote golf.

With the Olympics and the Euros moving to next year, the Ryder Cup could have been the biggest sporting show in town in 2020.

Get Sky Sports for just £25 per month for 3 months

Get BT Sport for HALF PRICE

Instead it will be crammed into a 2021 calendar which already includes those two behemoths and a Lions tour.

The error McIlroy made was in seeing the Ryder Cup through his own filter. A fan-less contest did not appeal because he concluded it would not give him the same buzz.

Europe’s players are not paid to play – America’s are but donate their fee to charity – so for them the thrill of being rock stars in knitwear is a big pull.

Playing to the crowd – whether for or against – is part of the fun and the impression has been created that the players would not be as motivated without one in attendance.

It was the same line put to Ben Stokes at Southampton as he became England’s 81st Test cricket captain. Stokes looked suitably nonplussed and pointed out his driving force was the three lions, not the spectators.

He is a competitor just as Ian Poulter and Patrick Reed are competitors.

Can you imagine for one second Poulter not being pumped up to play for Europe? Or a subdued Reed taking to the course without his Captain America cape on?

The event itself would have done it for them whether there were 40,000 people at Whistling Straits or a stray dog.

Sport is showing it can operate in the current alternative universe. Football and cricket, now that the rain has stopped, have demonstrated a closed environment need not mean a dead spectacle.

Of course it would be preferable to have an atmosphere at Premier League games as the broadcasters have realised with their piped crowd noise but vacant seats are not the end of the world.

The actors not the stage are what is important.

Similarly with horse racing and snooker, both of which have returned without any damage to their integrity. Indeed there was something wholly appropriate to the circumstances of 2020 in Serpentine’s socially distant Derby win.

But of all the sports that have tiptoed back it is golf which has sat most comfortably with a vacant backdrop.

The quality of the play on the PGA Tour since its resumption and the nip-and-tuck of the tournaments themselves has been unaffected by the absence of audience. Expect the same from the European Tour which returned yesterday.

For the viewer the absence of a gallery robs them of little. It is actually a blessing with the American coverage as brain-dead yells of ‘get in the hole’ or ‘mashed potato’ are muted at source.

Golf is not a stadium sport in normal times and as television entertainment in these abnormal times, it has held up in a vacuum.

Even as a silent movie, a Ryder Cup would have been compelling.

Arsenal player ratings vs West Ham: Pepe and Martinelli shine in win but Xhaka gets a 3

December 10, 2019 Admin Comments Off on Arsenal player ratings vs West Ham: Pepe and Martinelli shine in win but Xhaka gets a 3