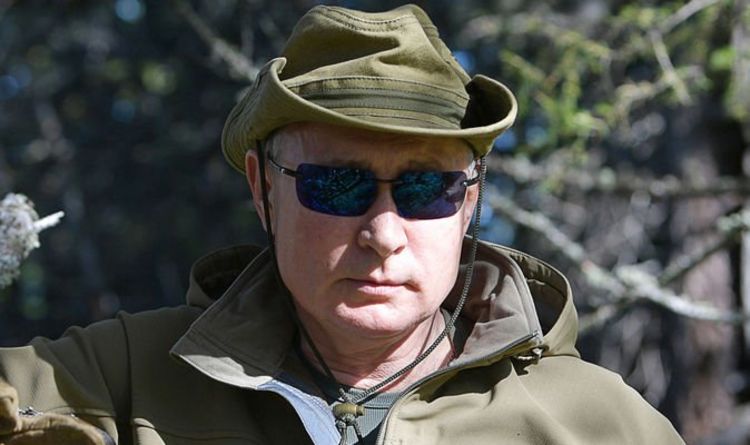 Kremlin-backed secret operations are carried out by Unit 29155, an elite team operating within the Russia’s GRU military intelligence agency which is skilled in subversion, sabotage and assassination. Unit 29155 has operated for at least a decade but its existence has only just been uncovered by spooks in the West, the New York Times has reported.

Security sources said a destabilisation campaign in Moldova, the poisoning of an arms dealer in Bulgaria, a failed coup in Montenegro and the attempt to murder Mr Skirpal with a deadly nerve agent were viewed as isolated, unconnected attacks despite all bearing the hallmarks of Russia’s intelligence services.

But they have now concluded those operations, and potentially many others, were all part of Vladimir Putin’s so-called hybrid war — a co-ordinated and ongoing campaign of propaganda, hacking attacks and disinformation as well as open military confrontation – against the West.

One European security source said: “This is a unit of the GRU that has been active over the years across Europe.

“It’s been a surprise that the Russians, the GRU, this unit, have felt free to go ahead and carry out this extreme malign activity in friendly countries. That’s been a shock.”

Peter Zwack, a retired US military intelligence officer told the New York Times: “I think we had forgotten how organically ruthless the Russians could be.”

Members of Unit 29155 travel to and from European countries and some are decorated veterans of Russia’s bloodiest wars, including in Afghanistan, Chechnya and Ukraine.

Western intelligence services believe its operations are so secret the unit’s existence is most likely unknown even to other GRU operatives.

A retired GRU officer with knowledge of Unit 29155 said it specialised in preparing for “diversionary” missions, “in groups or individually — bombings, murders, anything.”

He said: “They were serious guys who served there. They were officers who worked undercover and as international agents.”

There is evidence suggesting the Kremlin never let go of the Soviet view that Russia is at war with a Western liberal order that it sees as an existential threat.

At a ceremony marking the GRU’s centenary, Mr Putin drew a direct line between the Red Army spies who helped defeat the Nazis in World War 2 and officers of today whose “unique capabilities” are now deployed against a different kind of enemy.

He told the audience: “Unfortunately, the potential for conflict is on the rise in the world.

“Provocations and outright lies are being used and attempts are being made to disrupt strategic parity.”

Merkel set for crushing defeat: Crisis as poll puts party in THIRD place ahead of election

February 22, 2020 Admin Comments Off on Merkel set for crushing defeat: Crisis as poll puts party in THIRD place ahead of election