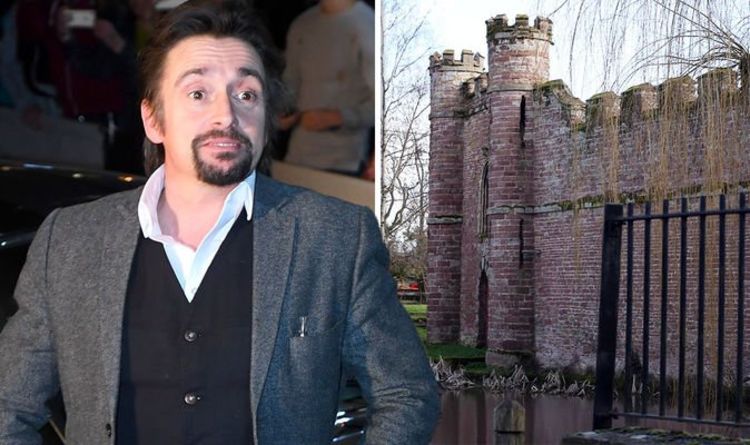 Former Top Gear favourite Richard Hammond, 49, has caused concern for Historic England over his home Bollitree Castle. The Grand Tour host bought the opulent property for £2 million in 2008. Part of the property, which is located near Ross-on-Wye in Herefordshire, is grade I listed. As a result, his plans to add five bedrooms to the castle have worried those who were hoping to conserve the history of the building.

According to The Times, the presenter is also hoping to build a bigger conservatory, a glazed kitchen and boot room and revamp a swimming pool.

She said: “A detailed assessment of significance has been undertaken which demonstrates that the kitchen, boot room and conservatory impact on areas of the building that have already been much altered into the 20th century.”

It seems Historic England isn’t the only organisation that opposes Richard’s renovation ideas.

The Society for the Protection of Ancient Buildings has also written to Herefordshire council to support Historic England’s views.

Opening up about their relationship, the outspoken TV personality told The Sun: “Everybody assumes we spend all of our lives together. We absolutely don’t.

“We never, ever, ever see each other socially. But why would you when you literally live cheek by jowl with them for 300 days a year and have done for 17 years?”

Jeremy added to the publication: “We all joke about how we hate each other, and I’m sure that at one point or another over the years considered actually strangling someone.”

The star went on to compare their love/hate dynamic to a brotherly relationship.

He continued: “I know that I drive James and Richard mad and they drive me mad, and you know we all drive one another mad from time to time, much like brothers do.”

Laurence Fox: ‘What I would give…’ Celebrity Gogglebox star drools over Nigella Lawson

June 28, 2019 Admin Comments Off on Laurence Fox: ‘What I would give…’ Celebrity Gogglebox star drools over Nigella Lawson

August 4, 2020 Admin Comments Off on Duncan Campbell: UB40 singer in hospital after stroke as band break silence on sad news