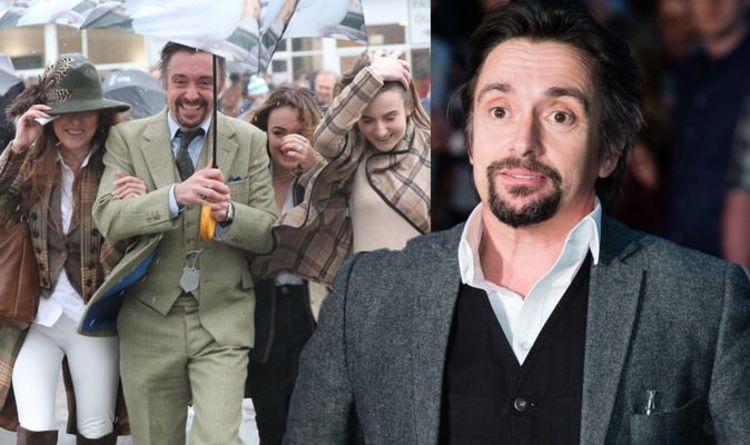 TV presenter Richard Hammond, 50, who presents The Grand Tour with Jeremy Clarkson, 60 and James May, 57, had to “give away” his beloved 1998 Ferrari 550 Maranello to pay six months worth of rent on a family home he was planning to move into. The Top Gear star admitted he had to make the decision after feeling “silly”.

It comes after Mike Fernie joined Richard to talk about his old Ferrari, which was also owned by YouTube star Harry Metcalfe.

During the video for DriveTribe, he recalled having to say goodbye to his vehicle for an important reason.

“I had it for a few years. We were living where we’re living now. A long way from London,” he divulged.

“I was working at Top Gear based in London, to and from, it was just killing me. I wanted us to be together as a family, so we decided, ‘Right, there’s nothing for it, we’re living in a rented house. We’re going to move.'”

READ MORE: Richard Hammond in another car crash as he films The Grand Tour

He continued: “So we gave up on the rented house, we rented another house closer to London and we moved lock, stock and barrel.

“So I had six cars – we shifted them all over there. The last drive I did in this [the Ferrari] was in the lashing rain to the house in Penn, Buckinghamshire. We pulled up outside the house we rented.”

Richard went on to tell his co-hosts more about what he realised after moving in.

“We sort of moved in and it was very smart. We got my girls into another school, they said goodbye to their school, it was the end of their summer term.

“We moved in on the Saturday. Three removal vans… and on the Sunday morning I’d been talking to the girls and I looked at them in this new context.”

Richard said after speaking with his daughters, Willow, 16, and Isabella, 19, who he shares with his wife Mindy Hammond, 55, he weighed up the situation and realised moving house wasn’t right for their family at the time.

“Weirdly I’d gone out to walk the dogs that night and I almost wore this sort of leathery, cowboy hat with a torch on where I live. I suddenly felt silly,” he confessed.

“This doesn’t work for us. We don’t fit here. So the following morning, the removal guys came to take the last few bits and I said put it all back on,” to which Mike and Harry laughed.

“So they put it all back on the truck. The house we’d been renting, let’s have that one again.”

Despite his rash decision to move back home, Richard revealed the consequences he faced.

“But, the guy I rented the house from in Penn held me to six months of rent, which amounted to what this was worth,” he said as he pointed at his Ferrari.

“I mean, I wasn’t flat broke, I had a Ferrari, but I had no income to cover it.”

Stanley Baxter, 94, comes out as gay and admits he brought men home with wife’s permission

November 2, 2020 Admin Comments Off on Stanley Baxter, 94, comes out as gay and admits he brought men home with wife’s permission