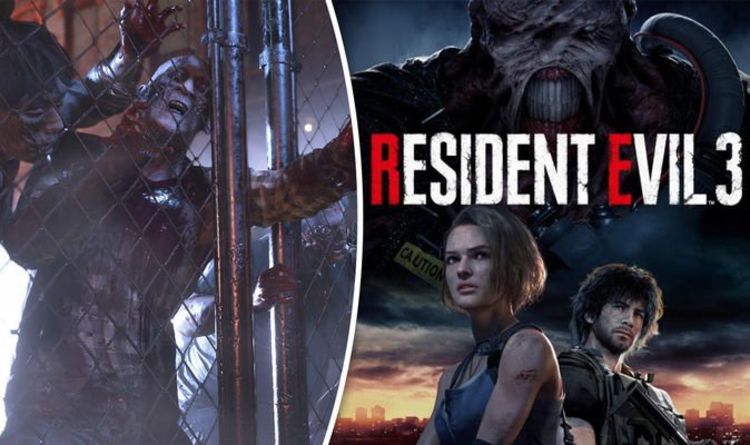 Capcom has some bad news for fans ahead of the Resident Evil 3 Remake release date on PS4, Xbox One and PC.

With the April 3 release date shuffling slowly closer, new information has seemingly been revealed about the survival horror remake.

And unfortunately, the latest news from Capcom has not been received too well by fans.

In case you’re out of the loop, Denuvo is a digital rights management system used by game developers to combat piracy.

While it’s understandable that developers would want to limit piracy, Denuvo has been the source of controversy among gamers.

Some fans argue that Denuvo causes performance issues in games, something that was seemingly backed up by Tekken 7 director Katsuhiro Harada (via How-To Geek).

Whether it has an impact on PC games or not, Capcom typically removes Denuvo support after a set period of time, so it’s not all bad news.

JUST IN: PS Plus February 2020 latest: Doom tipped for SHOCK PlayStation Plus reveal

Resident Evil 3 producers Peter Fabiano and Masao Kawada recently teased some of the changes coming to the remake.

Speaking to Famitsu, the producers explained that while the story would largely stay true to the original, some elements would be different.

The character of Carlos symbolises these changes, as he’s a lot different in the new game, both in terms of looks and personality.

“In addition to the single-player campaign, players can also dive into previously untold Umbrella experiments on the outskirts of Raccoon City thanks to the addition of the online asymmetrical multiplayer game Resident Evil Resistance.

“A 4 vs. 1 multiplayer experience, Resistance lets players assume the role of a Mastermind, who can manipulate the environment and place vicious creatures, set traps and weaponised security cameras to snare hapless Survivors. The four Survivors, on the other hand, must effectively work together to stand a chance of escaping the experiment before time runs out.”

Hardcore Resident Evil fans might even want to check out the special Collector’s Edition, which comes with a host of bonus items.

In addition to the core game, fans will receive a Raccoon City Double-sided map, a Collector’s Artbook, a digital soundtrack, a special S.T.A.R.S box and an 11-inch Jill Valentine figurine.

Xbox One free games weekend: Play some of the BEST Xbox releases at no cost

August 16, 2019 Admin Comments Off on Xbox One free games weekend: Play some of the BEST Xbox releases at no cost