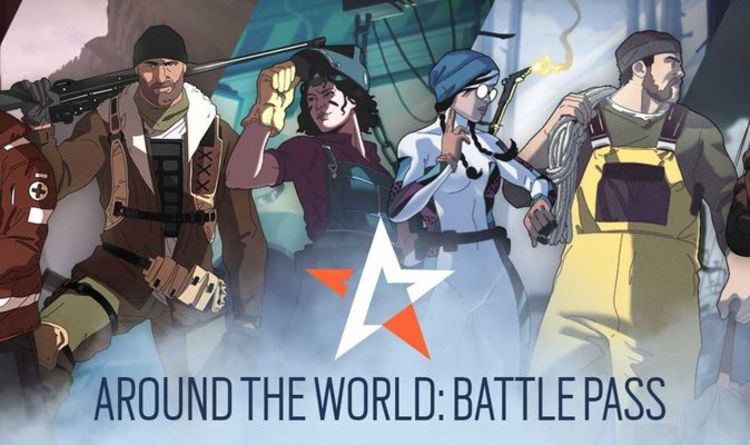 Ubisoft has launched both the free and Premium tiered Rainbow Six Siege Battle Pass across all platforms. As with other Battle Passes, the new R6 content pack rewards players for playing the game with new cosmetic rewards. It appears that the around the World Battle Pass for Rainbow Six Siege will be available until April 22, giving players four weeks to unlock everything available.

The free version of the R6 Battle Pass will unlock automatically for everyone and will include a number of items.

A total of 600 R6 Credits are available to gamers who complete the first Rainbow Six Siege Battle Pass before April 22.

“For 4 weeks, the Around The World Battle Pass will be available with one Free track and one Premium track,” a message from Ubisoft explains.

“This Battle Pass will reward you for your playtime and your accomplishments. With 35 tiers and two tracks, this one boasts a total of 50 rewards.

“As you progress through the tiers, you will obtain exclusive themed customization, Mission Blacksmith sets, and more.

“You’ll earn Battle Points for accomplishments like finished games and won rounds, and some extra through challenges.”

A much more expensive premium bundle is also available, costing 2400 R6 Credits and including the following additions:

Immediately unlock the first 12 tiers, unlock The Competitor sets for Hibana and Caveira, with rewards on each tier.

To purchase the Premium pass, R6 gamers will need to click the Battle Pass tile in the Home screen and click the Purchase Premium button in the Progression tab.

And even if you did not purchase the Battle Pass early, you’ll still unlock everything on the Premium track up to the point where you progressed on the Free track.

As mentioned above, the new R6 Battle Pass is being sold separately from the current Year Pass.

And while It is not included in the Year Pass, but the VIP privileges that come with being a Year Pass owner do give you a 30% discount on the purchase of the Premium track.

This same discount applies if you choose to purchase Tiers. Additionally, being a Year Pass owner grants you a 30% bonus on Battle Points, not applicable to Challenges and Achievements.