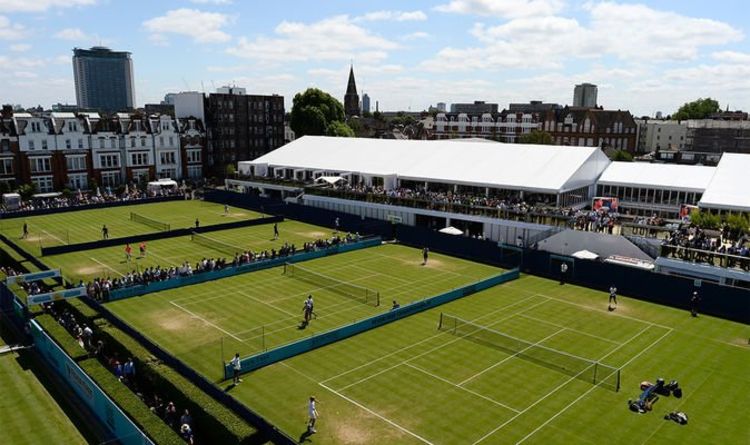 Andy Murray, who is returning for the first time since undergoing hip surgery, must wait until Wednesday before he makes his comeback in the doubles alongside Feliciano Lopez.

But there are still two home favourites for the west London crowd to cheer on.

The key match-up on Centre Court is second seed Kevin Anderson against British No 2 Cameron Norrie.

They are on third, following the conclusion of defending champion Marin Cilic against Cristian Garin.

The day gets underway at noon as Fernando Verdasco challenges Daniil Medvedev.

But Anderson vs Norrie is the stand-out tie of the day – and all the pressure is on the South African.

“I don’t really mind too much about how far I go [at Queen’s],” Norrie says.

“I just want to compete as hard as I can and just improve and learn from whatever happens this week, and hopefully take some confidence heading towards Wimbledon, because that’s the main focus as the bigger tournament.

“It’s a Grand Slam, a huge tournament, with so much history there, so it’s pretty special for me.

“I’m healthy, feeling confident and I’m hitting the ball so well in practice, so I’ve taken care of the preparation side of things.”