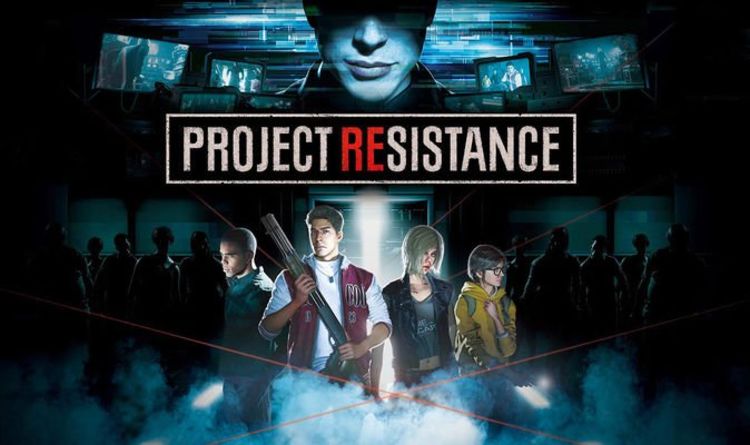 Four of these players step into the shoes of the Survivors while the fifth player takes control of the Mastermind.

In each match the Survivors work together to try and escape an insidious experiment that the Mastermind has set up.

To stop the Survivors in their tracks, the Mastermind can place obstacles like traps, summon vicious creatures or weaponise security cameras.

These security cameras are also used to monitor where the Survivors are at, and obstacles are placed via a deck of cards at the Mastermind’s disposal.

The Mastermind is also able to step into the trench coat of the Tyrant – which marks the first time RE players have been able to control the iconic villain.

Meanwhile, the Survivors have to work together to fend off the Mastermind’s attacks, complete puzzles and escape the map before the timer runs out.

Each Survivor will have their own unique skill to help their team get the best of the Mastermind and escape from the twisted experiment.

Project Resistance (which is a working title) was revealed at TGS 2019 today following the release of a teaser trailer earlier this week.

Capcom has developed the new RE game in partnership with NeoBards Entertainment, who worked on the recent Onimusha Warlords re-release.

It has been built using the RE Engine that was used to also make this year’s Resident Evil 2 Remake and Devil May Cry 5.

Those in attendance at Tokyo Game Show will get a chance to go hands-on with Project Resistance.

While Xbox Insiders and RE Ambassadors will also get a chance to take part in the Project Resistance closed beta.

This will run from October 4 and October 7 with registration open between September 11 and September 18.

Project Resistance is in development for the PS4, Xbox One and Steam. A release date has not been revealed yet.