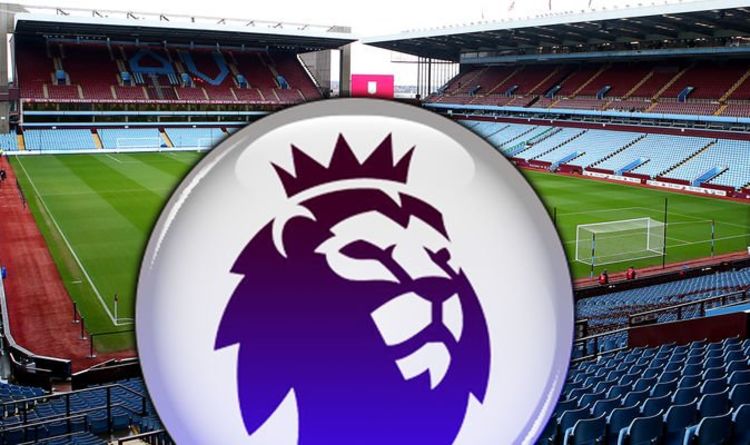 The Premier League will apparently return to action on Wednesday, June 17 and will begin with those clubs who have a game in hand. That means Sheffield United travel to Aston Villa and Manchester City host Arsenal.

The first full round of fixtures will commence on Friday, June 19 and will be staggered across the weekend, according to the Telegraph.

After Villa, City, Sheffield Utd and Arsenal have caught up on their fixtures the remaining nine game weeks will follow.

The Premier League wants the season wrapped up by the first weekend in August so the FA Cup final can take place on the following Saturday.

UEFA is also planning to complete the Europa League and Champions League in August.

No matches have been held in the UK since early March but players have already returned to training in anticipation of matches resuming.

Prime Minister Boris Johnson is set to address the nation tonight where he is expected to further ease lockdown regulations.

He is also set to give the Premier League the official stamp to return next month.

Plenty of positives have been taken from the Bundesliga, which got back underway earlier this month.

The German top-flight has successfully restarted their campaign in empty stadiums and with string coronavirus safety procedures in place.

The Premier League will implement a similar policy as mass gathering are also banned in the UK.

Players and staff have been undergoing regular COVID-19 tests and so far 12 positive samples have been returned from more than 2,744 tests.

A Premier League statement read: “The Premier League can today confirm that on Monday 25 May and Tuesday 26 May, 1008 players and club staff were tested for COVID-19. Of these, four have tested positive from three clubs.

“Players or club staff who have tested positive will now self-isolate for a period of seven days.

“For the fourth round of testing, the number of tests available to each club will be increased from 50 to 60.

“The Premier League is providing this aggregated information for the purposes of competition integrity and transparency.

“No specific details as to clubs or individuals will be provided by the League and results will be made public after each round of testing.”

March 5, 2019 Admin Comments Off on Real Madrid next manager: Why Jose Mourinho will NOT replace Santiago Solari – Ruud Gullit