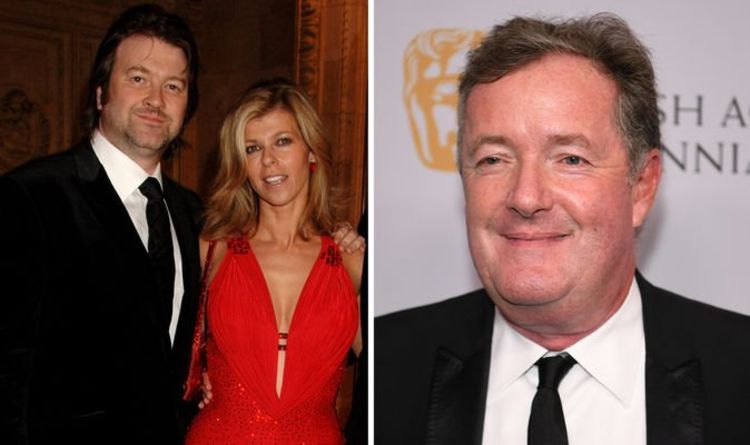 Piers Morgan, 55, revealed how he had regularly been in contact with Kate Garraway, 53, while her husband Derek Draper had been in the hospital during a series of “heart-rendering” phone calls. Piers also reflected on a time before Derek got sick when the former Labour Party advisor had felt particularly proud of his journalist wife and messaged him discreetly.

Piers wrote in his new Daily Mail column: “The last time I saw them together was at my annual pub Christmas knees-up in December, just after she got back from starring in I’m A Celebrity… Get Me Out Of Here!

“Derek was ferociously proud of Kate during that show. ‘She is such an amazing woman,’ he texted me halfway through, ‘I so, so want her to be No 1 for once’.

“They were blissfully happy that night, as could be seen from their kissing and cuddling for the paparazzi outside – and were buzzing with excitement about renewing their wedding vows this summer, after Derek proposed to her again when they were reunited in the jungle.

He added: “Now, agonisingly, Kate doesn’t even know if she will ever get Derek home again, let alone to renew those vows. It’s unbearably, gut-wrenchingly sad.”

She added: “They don’t know how long, and now they are talking weeks and months. One doctor even said it could be up to a year, which feels unthinkable but we are praying there will be progress before that.”

Piers and Kate have known each other for many years, and the Daily Mail columnist said this period of time has been “desperately sad” for those close to the couple.

He explained: “For all of us who know and care about Kate, this has been a desperately sad time.

“She’s one of the most decent, loyal, selfless, popular and fun people in the TV industry and everyone connected with GMB absolutely loves her.”

Susanna Reid, another one of Kate’s co-stars, also shared support for the star after her moving Good Morning Britain interview with long-time co-host Ben Shephard.

Susanna wrote her Daily Mail column: “After her moving interview, so many people got in touch with Good Morning Britain to send their support. They were moved to tears at her anguish but inspired by her courage.

“Derek is a strong, clever, insightful man devoted to his gorgeous wife and children.

“Kate feels stronger just by knowing that all our support is there,” she added.