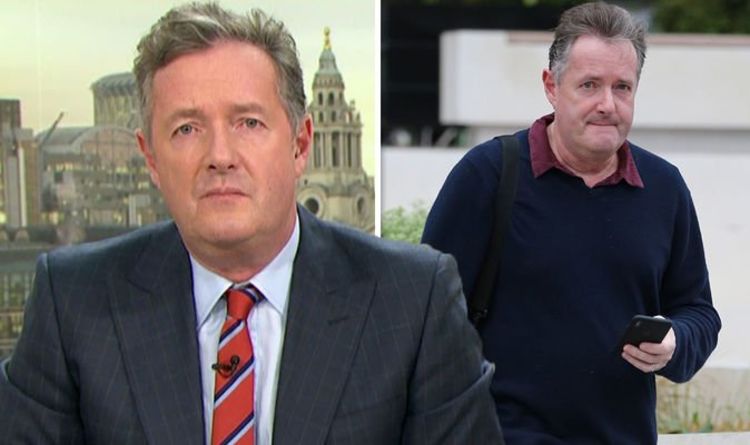 Piers Morgan, 54, appeared to brand members of the Labour Party “clueless f***ing imbeciles” on Twitter yesterday. The Good Morning Britain presenter hit out at politicians’ plans for Brexit in reference to a BBC News interview with Richard Burgon, 38. The outspoken star retweeted a video of the Labour MP’s comments in view of his 6.8 million followers. In the clip, Richard was seen suggesting the Party would want a new deal for Brexit if they were elected, in spite of the fact they are also hoping to remain in the European Union.

He said: “If we got into government, if a new deal was offered after negotiations with the EU…” before being interrupted by the reporter who quizzed: “What would be the point in getting a new deal if you wanted to remain?”

The video, which was shared by a Twitter user, was posted alongside the caption: “Don’t blame only Burgon for this shambles of an interview.

“Blame all those in the Labour party responsible for the dog’s breakfast that passes for a Brexit ‘policy’. An utter, incoherent mess: the consequence of our refusal to respect the referendum result.”

After spotting the tweet, Piers added his own caption and fumed: “I fear it may be time to acknowledge that we’re being represented by a bunch of clueless f***ing imbeciles.”

Fans took to the comments section of the post to share their thoughts on the TV personality’s statement.

One person agreed: “That’s putting it mildly, Piers. In all my 68 years, I have never known such a shambolic bunch of lying , deceitful politicians. Parliament is unfit for purpose!”

The star’s statement comes after Boris voted against former Prime Minster Theresa May’s Withdrawal Agreement twice before she stepped down.

Meanwhile, the GMB favourite criticised Prince Harry and Meghan Markle on the ITV show for their own “hypocrisy”.

The presenter spoke about 34-year-old Prince Harry’s speech where he admitted “no one’s perfect” after he and the Duchess of Sussex, 38, flew on four private jets within 11 days recently.

The royal couple have been under scrutiny for their use of the jets whilst they promote awareness of climate change and helping the environment.

Piers said: “Nobody wants to hate these two. But they are making themselves look like rank hypocrites and you can’t as a Royal do that.”

Good Morning Britain continues on ITV from 6.30am.

May 4, 2020 Admin Comments Off on Zoe Ball pays tribute to late boyfriend Billy Yates three years after his death

October 29, 2019 Admin Comments Off on Trisha Goddard in ‘agony’ after Dancing On Ice training amid accommodation ‘nightmare’

July 5, 2019 Admin Comments Off on Denise Van Outen admits she thought boyfriend Eddie was ‘old’ on their first blind date