The COVID-19 pandemic has wreaked havoc on Canadians suffering from mental illness, opioid addiction and other substance abuse problems, says a new study released today by the Public Health Agency of Canada (PHAC) which confirms anecdotal reports warning that the pandemic’s health consequences extend well beyond the novel coronavirus itself.

Efforts to curb the spread of COVID-19 through social distancing and shutdowns have kept the Canadian caseload relatively low compared to other jurisdictions globally. But the overall health of the population has deteriorated over the last eight months, with more people turning to drugs, alcohol, tobacco and screen time over physical exercise to cope with the stress.

“This year’s annual report describes the heavy toll that the COVID-19 pandemic has had on Canadian society, both directly and indirectly,” Chief Public Health Officer Dr. Theresa Tam said Wednesday as she released her agency’s annual report.

“These findings are more than just uncomfortable facts about our country during this pandemic. They’re the lived realities of countless Canadians.”

One pandemic, different levels of risk

Confirming what has been well-documented already, PHAC found that long-term care (LTC) homes have been the epicentre of COVID-19-related deaths because “pandemic preparedness did not extend into these settings.” The report said LTC facilities’ limited supplies of personal protective equipment, old infrastructure, poor ventilation and chronic understaffing led to more infections.

People of colour in Canada also have been far more likely to contract the virus, PHAC found. The report says Arab, Black, Middle Eastern, Latin American, South Asian and Southeast Asian Canadians accounted for more than 80 per cent of the cases in Toronto, despite collectively making up slightly more than half of the city’s population.

While the reasons for this minority/majority split in the caseload numbers are unclear, PHAC suggested that pre-existing health disparities, the stress of racism and the preponderance of low-wage work in high-risk places could be to blame.

Beyond the COVID-19 pandemic, Canada is still in the grips of an opioid crisis — a crisis that is now much worse than it was just a year ago. With travel and border restrictions in place, the local opioid supply has grown more toxic and dangerous, PHAC said.

While Canada made meaningful progress in reducing the rate of overdoses in 2018-19, the number of deaths has increased significantly since the start of this year.

A surge in opioid deaths

In B.C., there were more than 100 “illicit drug toxicity” deaths per month for six consecutive months from March to August 2020, and more than 175 such deaths each month in May, June and July, according to data compiled by PHAC.

B.C.’s highest monthly opioid death toll, in June 2020, was 181, up from 76 in June 2019. First Nations people account for a disproportionate number of these deaths — they were nearly six times more likely to die from an overdose than other B.C. residents.

In July, B.C. paramedics responded to a record high number of overdose calls — a 75 per cent spike in calls compared to the same month last year. Paramedics in B.C. also responded that month to an average of 87 overdose calls a day, or 2,706 calls in total.

Last week, the B.C. Coroners Service said 1,202 people have died of fatal overdoses so far this year, compared to just 983 deaths in all of 2019. The death toll in B.C. in September was more than double the 60 fatalities recorded in the same month last year.

Preliminary data from Ontario also show that the number of confirmed and probable deaths from opioid-related causes has increased by almost 50 per cent, from 148 deaths in January to 220 deaths in May.

PHAC heard from frontline workers who said that, because of social restrictions, many more people have been using opioids alone, “decreasing the chance of intervention if they overdose and contributing to the increase in overdose-related fatalities.”

At least one supervised consumption site in Ottawa did away with physical distancing measures after several clients overdosed while waiting in line to get in.

Meanwhile, many Canadians have increased their use of alcohol, cannabis and tobacco during this pandemic.

By early summer, based on surveys by Statistics Canada, alcohol consumption was up 19 per cent, cannabis use jumped 8.3 per cent and tobacco smoking rates were up by 3.9 per cent over pre-pandemic levels.

CBC North has documented a surge in alcohol and substance abuse in Canada’s northern territories thanks in part to more bootlegging and access to cash through the Canadian emergency relief benefit (CERB) and other relief supports. 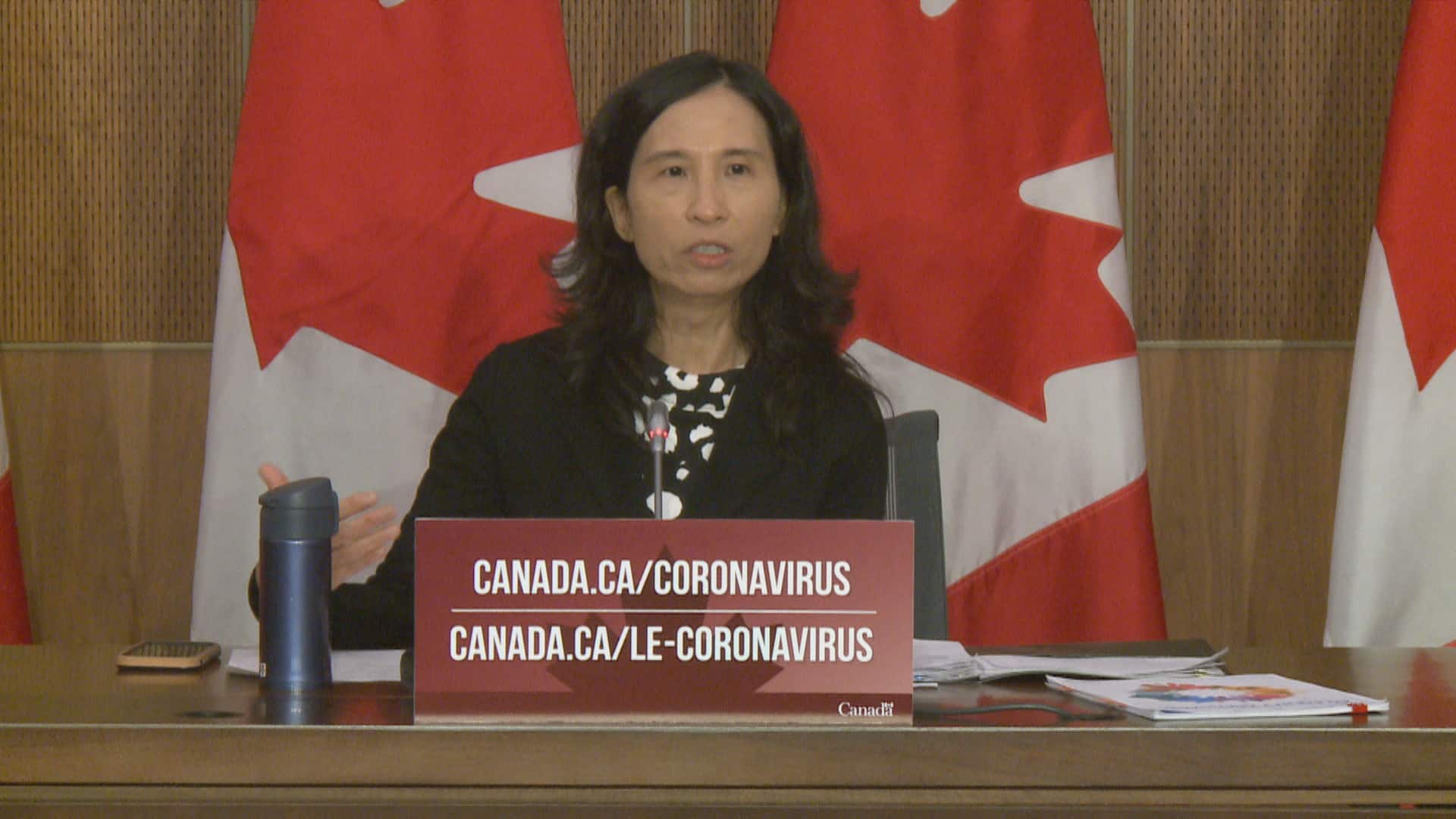 Canada’s Chief Public Health Officer Theresa Tam says some groups in Canada have been disproportionately affected by the COVID-19 pandemic.  1:11

The pandemic and its resulting restrictions on social and economic life have had a lasting impact on mental health.

PHAC found that, due to shelter-in-place restrictions, more women have had to stay with abusive partners and LGBTQ kids have been confined to homes with homophobic and transphobic parents and caregivers.

Child welfare agencies are reporting a drop in abuse or neglect reports — but they fear it’s because fewer cases are being reported now that more school-age children are stuck at home without access to school or sports.

“This may be the result of fewer detection opportunities, as children are likely to be isolated at home and without community involvement,” PHAC said.

But it’s not just the vulnerable and marginalized among us who have seen notable drops in mental wellness.

Canada has gone from one of the happiest countries in the world — ninth out of 156 countries according to a 2019 UN report — to one that is noticeably less so.

In 2018, 68 per cent of Canadians age 15 years and older reported excellent or very good self-perceived mental health. This figure dropped to 54 per cent in late March and early April 2020 before going lower still to 48 per cent in early May, according to Statistics Canada data.

With strict social distancing measures and limits on social gatherings in place, many Canadians feel isolated and are worried about the state of their friendships and familial relationships.

70 per cent of Canadians who responded to a recent Statistics Canada survey said they were concerned about maintaining social ties.

54 per cent of respondents with kids said they were very or extremely concerned about their children’s loneliness or social isolation.

While thousands of Canadians have died from COVID-19 — nearly 80 per cent of them in long-term care homes, as of August — there were also more deaths in general this year than last.

“Alberta, British Columbia, Ontario and Quebec all showed increased numbers of deaths compared to the same time period over the past five years. Some of these additional deaths are directly related to COVID-19, however contributions from other causes not directly linked to COVID-19 cannot be excluded,” PHAC concluded.

Hospitals have seen a drop in walk-in patients for other maladies in emergency rooms. Surgeries have been cancelled or postponed due to capacity restraints, and health professionals fear that people may be avoiding necessary medical care because of pandemic-related worries.

With gyms closed in many jurisdictions and recreational sports leagues on pause, some Canadians are less active. Those who weren’t particularly active before March 2020 lockdown reported being even less so in the months that followed.

More than 60 per cent of Canadians reported spending more time using the internet and watching TV during the pandemic in early April.

May 24, 2019 Admin Comments Off on ‘Smart’ hearing aids filter out chatter in crowded room

‘Nobody wants to think about it’: Opening the conversation after the death of a baby

May 5, 2019 Admin Comments Off on ‘Nobody wants to think about it’: Opening the conversation after the death of a baby

B.C. could see 2nd wave of COVID-19 in September bigger than the first, provincial modelling shows

August 14, 2020 Admin Comments Off on B.C. could see 2nd wave of COVID-19 in September bigger than the first, provincial modelling shows