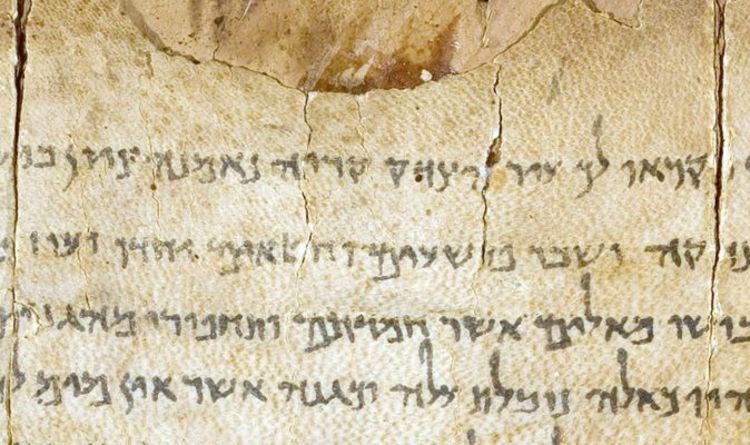 Fragments of the Dead Sea Scrolls held at a specialist Christian museum are fakes, a team of researchers have discovered. The scrolls are comprised of between 800 and 900 ancient Jewish manuscripts which were found in a series of caves along the shore of the Dead Sea in the mid-20th century.

They were considered to be among the world’s most significant archaeological finds of all time, holding the key to the legitimacy of Christianity and a scrap of the past.

The fragments are dated between the third and first centuries BC, and contain some of the earliest versions of biblical texts, as well as other writings – shedding light on the history of the Jewish people and origins of Christianity.

Currently, the majority of the scrolls are held in the collection of the Israeli government.

Yet, some pieces can be found circulating within the private market.

This is where the Museum of the Bible in Washington DC came in, with Steven Green chairman of the museum, buying the 16 fragments in question for millions of dollars a few years ago.

But, the artefacts were proudly displayed in the nation’s capital by the owners of the Hobby Lobby chain of shops have been revealed to in fact be worthless forgeries.

Though researchers have not yet identified the material, the scrolls are likely made from old shoe leather.

Confirmation of the hoax came in a report published online by a team of five art fraud investigators.

She said: “After an exhaustive review of all the imaging and scientific analysis results, it is evident that none of the textual fragments in the Museum of the Bible’s Dead Sea Scroll collection are authentic.

“Moreover, each exhibit’s characteristics that suggest they are deliberate forgeries created in the 20th century with the intent to mimic authentic Dead Sea Scroll fragments.”

The forgers, it has been proposed, used Roman-era leather, possibly from boots or sandals to imitate parchment.

The Hebrew script is also said to be riddled with inconsistencies, with it clearly an attempt at trying to recreate the handwriting of ancient Hebrew texts.

And, there was also evidence that the writing was added after the material was artificially aged.

Despite the investigations findings the museum said the research could have important positive implications.

The museum’s Chief Curatorial Officer Dr Jeffrey Kloha said in a statement: “Notwithstanding the less than favorable results, we have done what no other institution with post-2002 DSS fragments has done.

“The sophisticated and costly methods employed to discover the truth about our collection could be used to shed light on other suspicious fragments and perhaps even be effective in uncovering who is responsible for these forgeries.”

According to National Geographic, Mr Green invested heavily between 2009 and 2014 to acquire 16 of those pieces, as he built a collection for the family’s showpiece museum which opened in 2017.

May 24, 2019 Admin Comments Off on Russia develops ‘Bond villain-style’ electromagnetic missiles that CUT OFF enemies