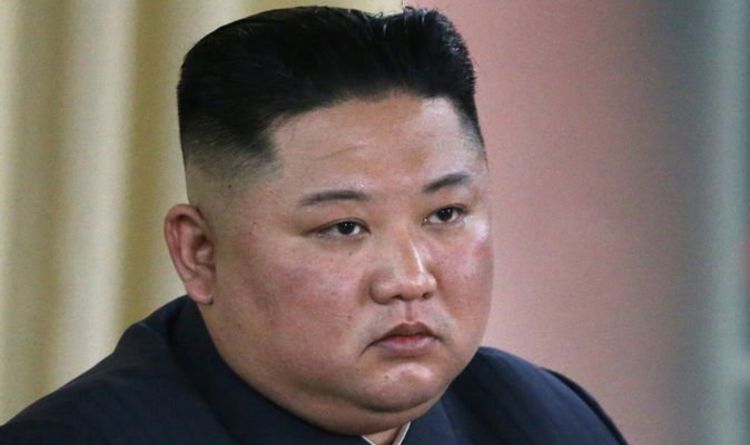 Paranoid authorities in North Korea have instructed people living near the border with China to report on neighbours who have had contact with others outside of the country. Insiders say the regime in Pyongyang is attempting to blame South Korean spies for the crippling economy in the country in the wake of Kim Jong-Un’s decision to close the crucial 880-mile trading border with mainland China.

Officials in North Korea also announced a major crackdown and warned anyone found within half a mile of the border could be shot, Radio Free Asia reports.

Pyongyang said the deterrent forms part of its wider health public health programme to protect the country from the coronavirus pandemic.

North Korea is yet to officially record a single case of the deadly virus.

Details emerged of the new security programme when a resident from the Hamgyong province spoke out.

The insider said neighbourhood watch units hosted lectures in the border city of Hoeryong on October 15.

During those sessions the source says they were told South Korean spies would attempt to cause a COVID-19 outbreak in the country.

The source said: “At the lecture, the speaker said South Korea’s Agency for National Security Planning (ANSP) is viciously maneuvering in the border area to spread the virus into our country.

“The speaker also stressed that border area residents should fight against the enemy’s onslaught against our republic with our keen revolutionary alertness and take pride that we live in the border area.”

According to the insider, the unit placed emphasis on the work of the supreme leader in preventing the spread of coronavirus to the country and warned “enemies are disguising themselves as tourists” near the border.

The source added: “They said South Korea, which has many coronavirus patients, is mobilising the ANSP to send the virus our way by all kinds of vicious methods.

“Our enemies are disguising themselves as tourists and approaching residents in the Sino-Korean border area by throwing goods or money to our residents.

“The speaker stressed that we should not go to the border and raise our revolutionary awareness so as not to have contact with outsiders.”

Earlier this year, Chairman Kim imposed strict restrictions on nearly all transportation across its borders with China and Russia, severely limiting trade and travel.

China is a chief economic-ally to North Korea, which has been hit hard by sanctions over its nuclear weapons programme.

Relations between North and South Korea began to deteriorate last year when South Korean President Moon Jae refused to mediate a summit between Chairman Kim and US President Donald Trump.

EU POLL: Do you think Italy leaving Brussels will signal the end of the EU? VOTE HERE

May 24, 2020 Admin Comments Off on EU POLL: Do you think Italy leaving Brussels will signal the end of the EU? VOTE HERE