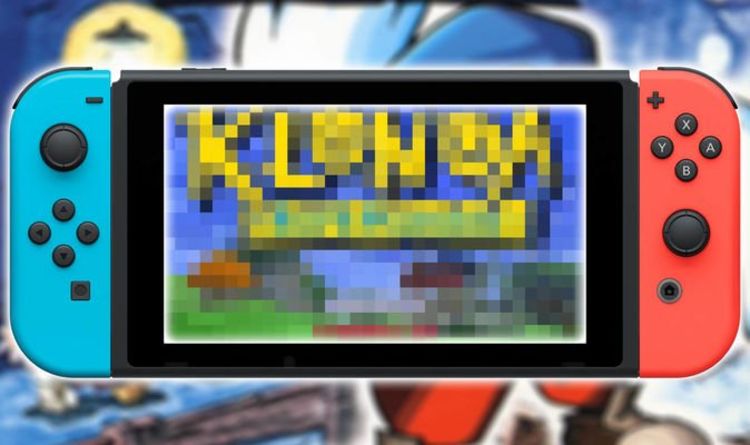 The Nintendo Switch has no shortage of great games, with tonnes of brilliant exclusive and eShop gems.

Breath of the Wild, Super Mario Odyssey, Smash Bros, Hollow Knight, Into the Breach, Mario Kart 8 Deluxe – the list of great Switch games goes on and on.

The hit hybrid console also has an awesome selection of retro games on the eShop, with a huge selection of Neo Geo, Capcom and Sega classics available.

And it looks like the Switch’s retro library could soon be getting a big boost.

Recent trademarks seem to suggest Bandai Namco could be bringing a number of remasters to the Switch.

As reported on in a post by My Nintendo News, a trademark has suggested cult platformer Klonoa could be making a comeback.

The Klonoa series started life out on the PS1, before appearing on the PS2, Bandai Wonderswan, Game Boy Advance and Nintendo Wii.

The first title in the series was Klonoa: Door to Phantomile, which was released on the PS1 and then remade for the Wii 11 years later.

The game stars a baseball hat wearing cute creature that’s like a cross between a cat and a rabbit and their friend Huepow.

The first game in the series saw the duo trying to save the dream world of Phantomile from a spirit trying to turn it into a nightmare.

In the years since its release Klonoa has come to be regarded as one of the finest platforms of the PS1 era.

It also was a trailblazer in the sense it was one of the first few 2.5D games.

If you’re looking to purchase a PS1 copy of Klonoa, then you’ll have to pay top dollar as the title is regarded as rather rare right now.

But thankfully, if you’re looking to get into Klonoa then you soon may be able to on the Nintendo Switch.

As reported on in a post by Nintendo Life, the recently discovered trademark may suggest a remaster of Door to Phantomile could be in the works.

And if it is then the Nintendo Switch could be one platform that the remaster could be heading to.

Other trademarks discovered also suggest that Splatterhouse and Mr Driller remasters could also be in the pipelines at Bandai Namco.

Animal Crossing Nintendo Switch preview: A watering can costs how much!?

January 17, 2020 Admin Comments Off on Animal Crossing Nintendo Switch preview: A watering can costs how much!?