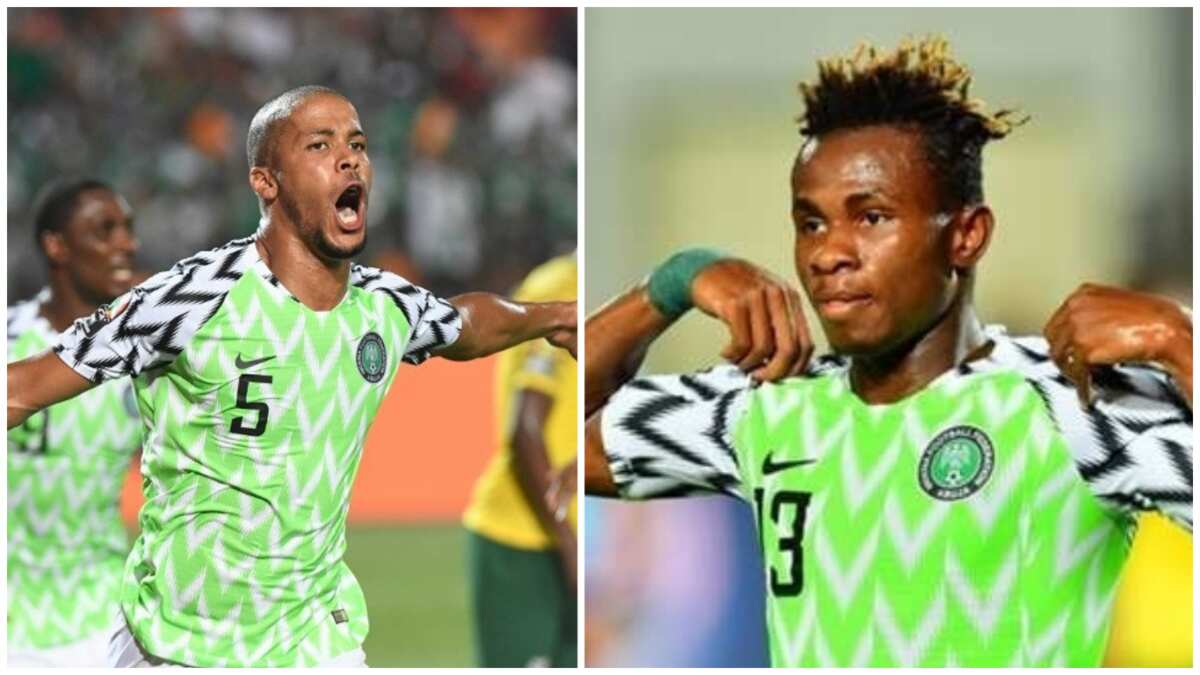 Nigeria vs South Africa ended 2-1 in favour of the West African giants as Super Eagles progressed to the semi-final of the ongoing 2019 Africa Cup of Nations (AFCON) in Egypt on Wednesday, July 10, at Cairo International Stadium.

Despite claiming a 1-0 lead going into the half-time break, the Super Eagles surrendered their lead in the second half, but had to dig deep to net the winner one minute from regulation time.

The 2-1 win for Nigeria saw the Eagles increase their AFCON wins over South Africa to three after previous victories at the 2000 and 2004 tournaments.

The Super Eagles will now await the winner between Algeria and Ivory Coast in the semi-final for a place in July 19 final.

In this report, Legit.ng highlights four Super Eagles stars, who were exceptional during the contest against Bafana Bafana of South Africa.

The Arsenal man summed up his performance on the night with the assist that led to Nigeria’s first goal.

Ahmed Musa combined with Alex Iwobi who took on a defender before setting up on rushing Samuel Chukwueze in the box for Nigeria’s first goal.

His amazing speed gave South African defenders serious problems before he was substituted for Moses Simon who made the assist for the second goal.

The Serie A defender had an excellent game at the heart of Nigeria’s defence.

The Udinese defender also showed class at the other end when he showed hunger to net the winner in the dying moments of the game.

A performance that help Nigeria book a last four spot at the biennial tournament.

The former Golden Eaglets star showed while the technical bench handed him a starter’s shirt as he netted the opening goal for Nigeria.

Aside that, he was Bafana Bafana’s tormentor-in-chief and was a constant threat to South Africa with his pace and trickery play that left his markers stranded.

Earlier, Legit.ng reported that Nigeria vs South Africa ended in a 2-1 win in favour of the Super Eagles as Gernot Rohr’s men made it through to the semi finals.

The match started on a slow pace as both sides carefully built their confidence in the opening exchanges of the game.

But the Super Eagles quickly got into their strides as they started creating scoring chances as the game progressed.

Can Nigeria win AFCON 2019 with the current crop of players? Legit TV

March 21, 2019 Admin Comments Off on Atiku releases his own state by state result of presidential election (Full Report)

June 14, 2019 Admin Comments Off on Hollywood star challenges pop star for a fight as McGregor willing to act as host