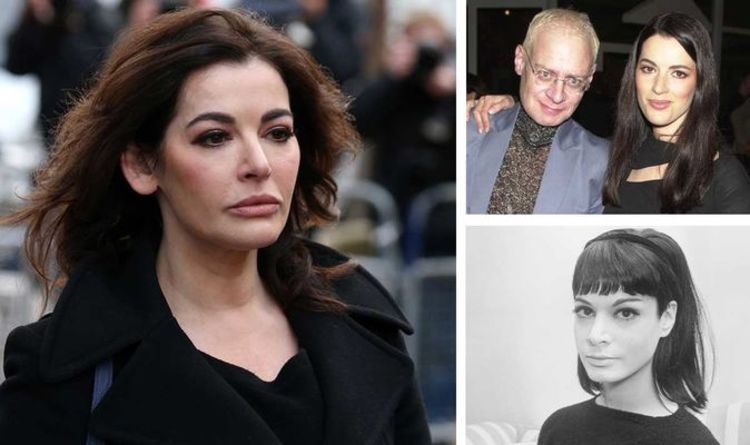 TV chef Nigella Lawson, 60, opened up about how she thought she’d never reach the milestone age following multiple family tragedies that saw her mum, sister and her husband John Diamond, all pass away before the age of 50. The cook explained she would never take her life or age for granted after watching her loved ones die young.

In a recent interview, Nigella touched on how lucky she feels to have hit 60.

“I’m not a planner – apart from when it comes to food!” she said.

“But to be completely honest, I’ve never been able to take for granted that I’d be alive by this age.

She added: “So, even if I were the sort of person who planned ahead, I don’t think I would have seen myself here.”

Nigella explained that losing her loved ones so young has changed her outlook on the ageing process, and revealed she doesn’t “dwell” on what society deems negative about getting older.

“I kind of think you can’t do anything about it [ageing] so why complain?” she quizzed.

“I also know what the alternative is, so it feels wrong when you’ve been surrounded by people who have died young to say, ‘My hair’s awful, I’ve got to get my roots done’ or ‘My hands look like lizards’.

And her late husband John, whom she shares two children; Cosima, 26, and Bruno, 24, was diagnosed with throat cancer in 1997 and later died in March 2001.

They were only five years into their marriage, and the tragedy taught the cook a valuable lesson about life.

“I don’t want to waste life. It feels so ungrateful not to take pleasure,” she told Australian Women’s Weekly.

“You have to take pleasure in life while you can because people have that ripped away from them.”

She described her cooking as a form of therapy that helped in the years after the death of Thomasina and John.

“If you have a friend or a child or anyone who is going through a difficult time and wants to talk about things that aren’t easy, I think you stand much more of a chance if you’re chopping some carrots at the same time,” she said.

“I used to love cooking with my sister, Thomasina. I loved cooking for her and with her and just talking to her while I cooked.”

Read the full interview with Nigella Lawson in the December issue of Good Housekeeping, on sale the 28th of October. It is available in all supermarkets and online at MagsDirect – https://magsdirect.co.uk/magazine-category/lifestyle/good-housekeeping-lifestyle/

February 8, 2020 Admin Comments Off on Phillip Schofield breaks silence on Eamonn Holmes joke backlash after coming out as gay

Chris Evans: ‘It could mess me up’ Virgin Radio Breakfast Show host on health change

May 8, 2019 Admin Comments Off on Chris Evans: ‘It could mess me up’ Virgin Radio Breakfast Show host on health change