admin
Admin
posted on 10 months ago — updated on 1 month ago
523
views
Lee Mouat, 43, pleaded guilty to attacking a Black teen in the face with a bike lock, knocking out several of his teeth, while yelling racial slurs.

A Michigan man was sentenced to five years in prison on Thursday for a hate crime attack on a Black teenager, the Department of Justice announced.

Lee Mouat, 43, pleaded guilty in March to two federal hate crimes charges, admitting to hitting 18-year-old Devin Freelon, Jr. in the face with a bike lock, knocking out several of his teeth, and causing severe injury to his face, for racially motivated reasons, and attempting to attack another Black teenager who was with Freelon.

On June 6, 2020, Mouat, who was intoxicated, was leaving Lake Erie Sterling State Park with his family when he saw Freelon and a group of friends, all of whom were Black, in the park's parking lot.

According to court documents, Mouat began yelling racial slurs at the group of teens and announced his desire to get into a fight.

Mouat then approached Freelon and his friends, calling them the n-word, saying they "don't belong at this beach" and that "Black lives don't matter."

When one of the teens asked Mouat to stop cursing and using racial slurs, he apologized and then went to his vehicle and retrieved a heavy, metal bike lock and returned to the group, saying, "I've got something for you."

The bike lock used in the attack

Mouat then struck Freelon in the face with the lock, knocking out three teeth and causing extensive lacerations to his face and jaw.

When Freelon fell to the ground, Mouat kicked him in the face until he lost consciousness. 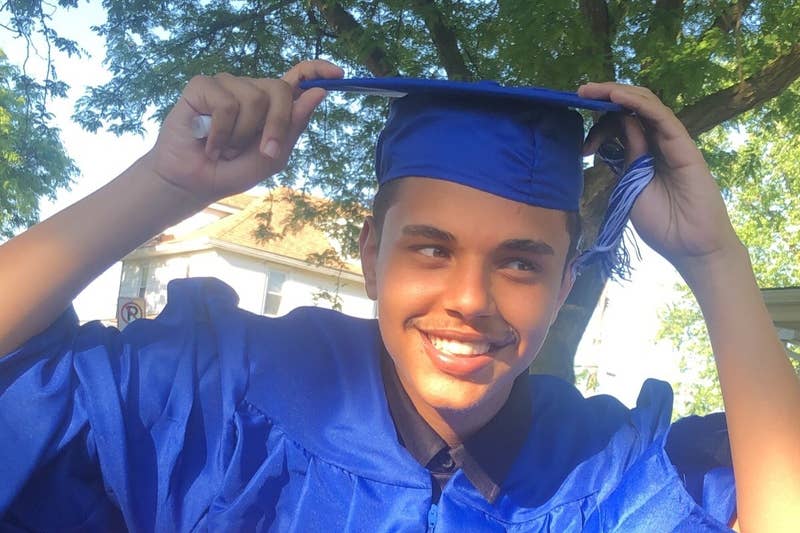 He attempted to use the bike lock to attack another one of the teens while using racial slurs to taunt him into fighting back, but was stopped by the arrival of police, who had been called to respond to the attack by one of Mouat's daughters and a bystander.

Freelon was transported to a hospital by ambulance and Mouat was arrested after a standoff with police that only ended when he was threatened with a taser.

On March 30, prosecutors struck an agreement with Mouat wherein he plead guilty to the attack in exchange for the government's recommendation to the court that he be sentenced to five years in prison instead of 10, which is the maximum imprisonment time for a non-lethal hate crime attack.

"Our office is committed to protecting the rights of all citizens, and prosecuting hate crimes is a top priority,” Acting US Attorney for the Eastern District of Michigan Saima Mohsin said in a statement Thursday. "The cowardly and unprovoked attack on this young victim is terribly disturbing. Every individual citizen has the right to not live in fear of violence or attack based on the color of their skin.”

Following media coverage of the attack, a Michigan dentist reached out to Freelon and offered to provide him with $15,000 worth of free dental care to replace the missing teeth and repair the oral damage.

Prior to tooth implant surgery, the doctor donated his services to give the teenager temporary teeth the morning of his high school graduation, which took place five days after the attack, so that he could attend the ceremony.