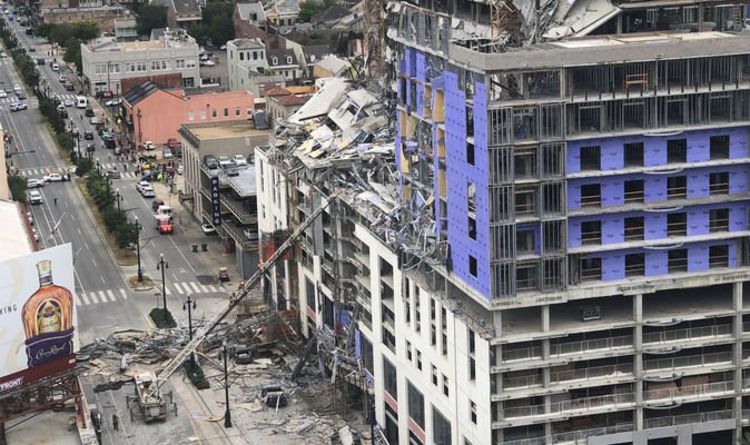 Shocking footage shows a cloud of dust with people running for cover as the building partially collapses. At least one person has died, three are missing and 19 have been injured, according to reports.

In a news conference, Chief Timothy McConnell said the New Orleans Fire Department received reports of a collapsed building around 9.12am.

He added that the top six to eight floors of the building were affected.

A witness said: “It sounded like a – I don’t know how to describe it – like a building coming down.

“It was a deep, rumbling sound, like an airplane maybe. It drew my head immediately.

“It looked like the concrete just slid from the top all the way down to the street.

“The concrete just started to slide down the side.

“We ran to the centre of the building to escape.”

Witness Sarah Fischer told The New York Times: “We saw, all of a sudden, just this thick cloud of white smoke and metal falling.

“You couldn’t see in front of you and it lasted 30 seconds, maybe a minute.”

She added that firefighters were trying to rescue people from the building.

The 350-room Hard Rock Hotel was due to be opened next spring.

August 6, 2019 Admin Comments Off on Michelle Obama makes shocking confession about life on the election trail with Barack