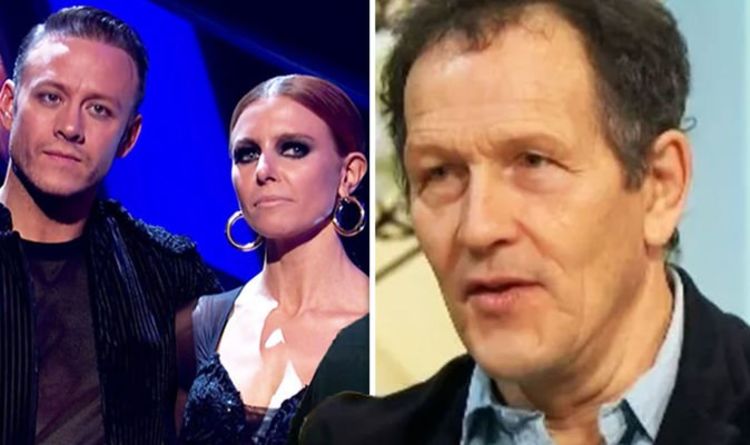 Monty Don has been entertaining viewers with his extensive horticultural knowledge on Gardeners’ World for the past nine years, after making his return. The BBC presenter regularly updates fans about his life and love of gardening on Twitter.

The 65-year-old has since taken to the micro-blogging site and addressed whether he had plans to make his debut on Strictly Come Dancing.

The gardening expert issued a blunt response as he shut down the idea of taking part in the dance competition.

It comes after a social media user quizzed Monty on joining the Strictly line up next year.

The person in question penned: “@GWandShows Monty for Strictly 2021 #montydon.”

BBC Gardeners’ World official Twitter account took to the micro-blogging site and wrote: “Would anyone like to second this? #Strictly #GardenersWorld,” as they retweeted the viewer’s question.

It didn’t take long for Monty to get wind of the request as the presenter dismissed the idea as “not his thing”.

He replied: “I have been asked on Strictly three times now – politely refused each time and would continue to do so were there another 33 times! Not my thing.”

Fans flocked to comment on the blunt response, as many joked they would love to see Monty put on his dancing shoes.

Taking to Twitter, Kevin asked if he and his girlfriend Stacey Dooley were less “rock and roll” after watching the gardening show.

In view of his 248,000 followers, the Latin champion penned: “Just watched Gardeners World in bed with a tea. Are we still rock and roll?”

“I have developed a crush on Monty Don! That programme is so relaxing I love it. One of the good things to come out of lockdown is my new love of my garden!” one person gushed.