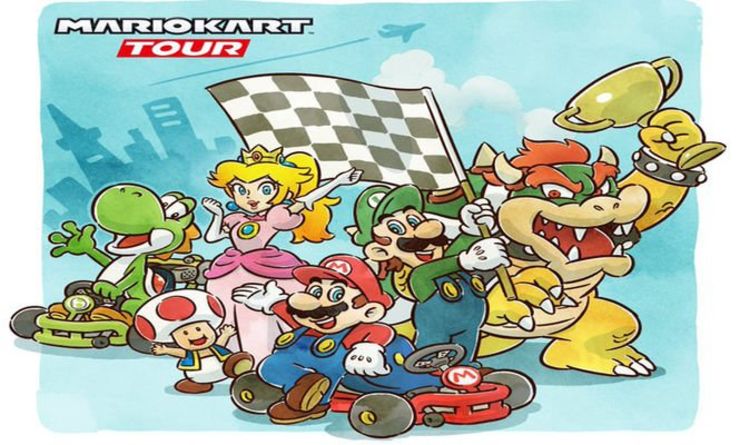 Mario Kart Tour may still be without proper multiplayer support but that doesn’t mean other changes aren’t being made.

Mario Kart Tour is being treated as a live service, meaning we can expect a steady stream of new content to be released over the coming months.

And Nintendo has confirmed what is being released next on Android and iOS.

According to a new post shared by the MKT support team, new content is going live tonight.

This will include New York being replaced by Tokyo, with other tracks also included.

Some of these have been termed “Nostalgic courses” suggesting that they have been featured in the franchise before.

From what has been shared so far, it looks like this new content will be released at 11pm, PST, tonight.

For gamers in the UK, that means Mario Kart Tour will receive an update at around 7am in the morning, on October 9.

A new message from the Mario Kart team confirms: “Tokyo Tour” starts at 11pm on October 8th (PT), with additional new and nostalgic courses. Of course, new characters will be added too!

“Race your way through the Tokyo metropolis.”

These changes will no doubt affect the special Coin Rush mode, which currently features New York as its course.

This new update could see Coin Rush switch to Tokyo, although this hasn’t been confirmed by the development team.

Mario Kart Tour’s Coin Rush features a Gold Mario, and there is no reason to believe the character will change with tonight’s update.

Other new content confirmed for this week includes the character Rosalina and the returning track, Rainbow Road.

This is probably one of the “Nostalgia courses” mentioned by Nintendo and will likely go live with everything else.

Other changes might be included with the upcoming Mario Kart Tour, but there has been no mention yet whether we will get a detailed breakdown.

Hopefully, we can expect some kind of announcements tomorrow, October 9, along with a set of patch notes.

One of the main features still missing from the game is a multiplayer mode, which has promised to be coming soon.

No release date has been mentioned, but fans are hoping for something to be announced in the coming weeks.