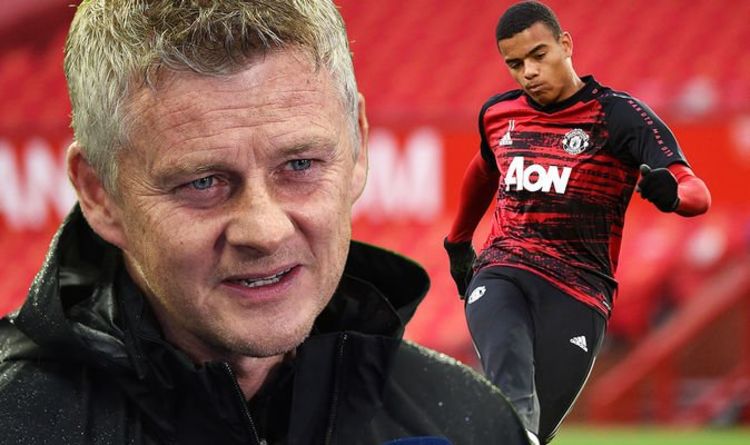 Manchester United manager Ole Gunnar Solskjaer has opened up on the application of Mason Greenwood ahead of this weekend’s clash with Chelsea after the forward missed recent wins over Newcastle and Paris Saint-Germain. Reports earlier this week claimed the 19-year-old has been warned by United over his conduct, which is why he has not been available for selection but now the teenager is looking to kick on and replicate the same kind of form which saw him earn a place in Gareth Southgate’s England squad.

Solskjaer has confirmed Greenwood is in line to return this weekend as United host Frank Lampard’s side at Old Trafford, looking to build on two positive results in the past week.

Greenwood’s last appearance came in the 6-1 defeat to Tottenham before his mysterious absence from the United first-team squad.

A prickly Solskjaer claimed the striker was injured ahead of the trip to PSG and snapped that he couldn’t go against the word of medics.

Rumours emerged that Solskjaer had grown frustrated by the player’s conduct following a string of incidents in September which included being sent home by England after sneaking two girls into the team hotel in Iceland with Phil Foden.

JUST IN: What Man Utd have told Mason Greenwood in private disciplinary meetings

Now the Norwegian has provided clarity on the situation that has left Red Devils supporters demanding answers.

“We have a great record and tradition of bringing our players through, that means from early on you get good habits, you express yourselves, Mason’s come through this program, done fantastic and will be kicking on I’m sure, he’s a very exciting boy to work with,” Solskjaer said.

“You do [make a target for yourself] when you play well and I’m not concerned at all with Mason making a target for himself. He came in, played fantastic, he made his first start against Tottenham last season, was brilliant, kicked on.

“He made a mistake for England and suddenly the English press go after him.”

Solskjaer was quick to deny the suggestion that Greenwood has been late for training on more than one occasion though.

“He’s got a good family behind him, academy and he’s a good trainer and I cannot believe all these stories about him not being professional, that’s something we have to deal with many players, many other players at United have had that.”

Solskjaer will welcome the return of Greenwood to his frontline given that we are yet to see the best from him so far this season.

August 6, 2019 Admin Comments Off on James Anderson ruled out of second Ashes Test against Australia through calf injury