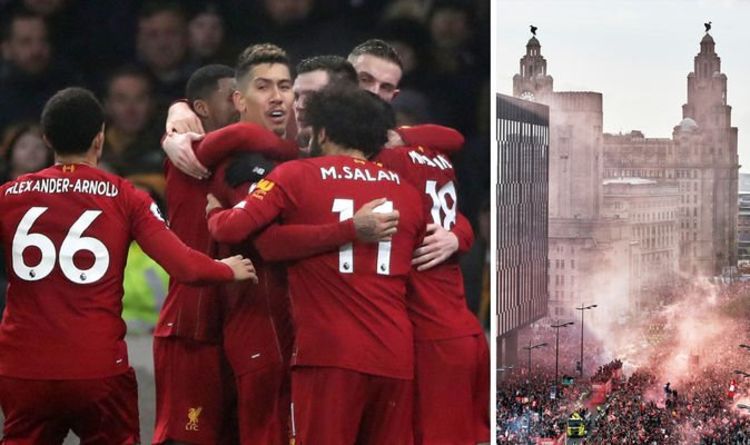 Liverpool are already in talks over a Premier League victory parade and have already agreed a route with the city council due to road closures. Liverpool are on course for a first title in 30 years and could seal it as early as April.

And, according to the Athletic, talks are already underway over a celebration parade.

Monday 18 May has been mooted as a possible date, but could be put back if Liverpool are still in the Champions League.

Liverpool will not receive the Premier League trophy until the penultimate game of the season – their final home game against Chelsea schedule for May 9 – despite the potential for a record victory.

If both Liverpool and City continue winning Liverpool would win the Premier League on April 4, if they beat City at the Etihad.

The current record for earliest title win is April 14, when Manchester United won it in 2001.

Liverpool player ratings vs Shrewsbury: Who performed in the FA Cup?

“It’s not allowed to organise international friendlies or competitive games. And we respect that.

“I told the boys weeks ago they will have a winter break. You cannot promise everybody time off and then at the end take that away, I cannot work like this. So that is our solution.

“We will not be there, it will be the kids that play that game. I know that’s not very popular but that’s the way I see it.”

Liverpool had to send the under 23s to play Aston Villa in the Carabao Cup earlier this season due to the Club World Cup fixtures, and they lost 5-0.