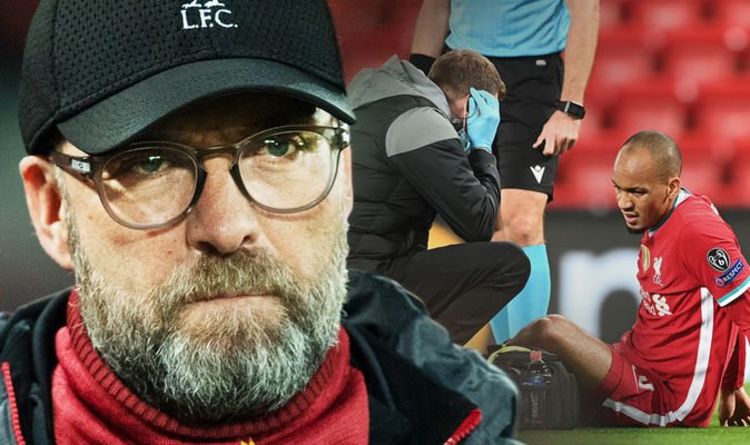 Liverpool boss Jurgen Klopp was dealt another injury blow when makeshift centre-back Fabinho was forced off after half an hour of their 2-0 Champions League victory over Midtjylland.

The Brazilian went down holding his hamstring and limped off the pitch sparking fears Klopp could have a major problem on his hands.

Liverpool went into the new season with only three senior centre-backs because Dejan Lovren was not replaced when he joined Zenit St Petersburg.

Talisman Virgil van Dijk has since suffered a potentially season-ending ACL injury and Joel Matip is also struggling for fitness.

That has left Joe Gomez as the solo defender in the team. Midfielder Fabinho has been asked to step in to fill the void.

But with the 27-year-old now struck down with his own problem, leaving Klopp worried.

“We had to make the change at half time with Jordan Henderson – he said I’m fine but in these moments you have to be responsible and the plan before the game was to give him around 45 minutes so he would be okay for West Ham,” Klopp explained.