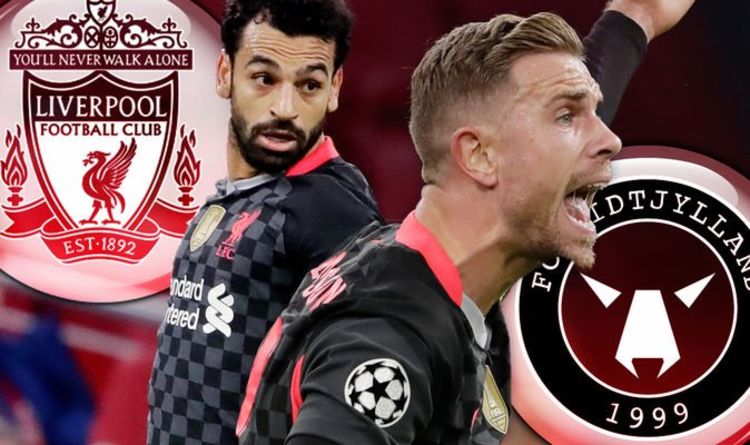 -Kick-off is at Anfield at 8pm

Liverpool could recall Alisson for the Champions League match this evening well ahead of schedule after suffering a training ground collarbone injury.

The Brazilian has opened up on how he overcame the problem so quickly.

“I believe in my faith and working hard helps me to make a fast recovery,” said the 28-year-old.

“Every injury that you have on the ligament – shoulder, ankle or knee – you still feel something weird. Not pain, you feel it for a while.

Liverpool boss Jurgen Klopp planned on visiting FC Midtjylland during his sabbatical before he was hired by the Reds.

“I was interested to go there to have a look at what they do but then I signed to Liverpool so couldn’t do that. It is an interesting approach,” he said.

“I knew a little bit about the story of the club and the things they have tried, using science in a different way, and working very specifically.”

Klopp’s team are aiming to follow up last week’s win at Ajax with another victory against a side who lost 4-0 against Italian visitors Atalanta in their opener.

“Since yesterday, I have seen plenty of their games so I’m in the picture. They are really good,” said Klopp.

“Their 4-0 against Atalanta did not look like this kind of game. They are a football playing side, different ideas, flexible. It is a real challenge.”

April 24, 2020 Admin Comments Off on Mike Tyson in training for sensational return to the ring 14 years after retirement

June 17, 2019 Admin Comments Off on Tyson Fury reveals why he has so much respect for Tom Schwarz in another sly dig at AJ