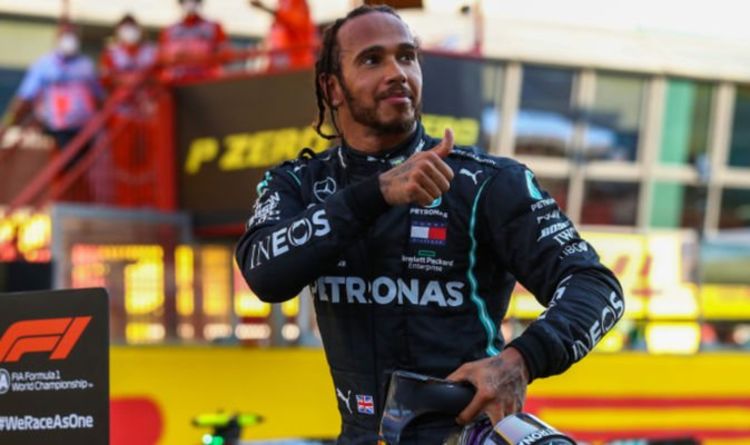 Lewis Hamilton won the inaugural Tuscan Grand Prix and the Brit felt like he had come through three separate races after crossing the finish line ahead of team-mate Valtteri Bottas.

The chaotic race had two red flags and saw the leader change twice but it still had the same conclusion which has been seen most of the season.

“It was all a bit of a daze,” Hamilton said after extending his lead at the top of the Drivers’ Championship to 55 points. “It was like three races in one day. It was incredibly tough today.

“This track in phenomenal. Keeping Valtteri behind was not easy. He has been quick all weekend.

“All those restarts, the focus that’s needed during that time, it’s really, really hard.”

Hamilton lost his pole position as soon as the lights went out on the Mugello circuit as Bottas took the lead on Turn One.

Bottas had another opportunity to return to the front of the pack when a second red flag came out late in the day.

But Hamilton held on under pressure from the Finn and Renault’s Daniel Ricciardo.

After finishing second, Bottas said: “It is disappointing because it was a dream start to the race for me.

“I managed to hold my position at the safety car restart but there was no opportunities any more once I lost that position.

“I just have to keep pushing. I need to try to get better. It has to turn out well for me at one point.

“I have lost many qualifying this year by just a few hundredths. I just need to get them to my side.”

“It was good,” Albon said. “Obviously it took a while to get here but it was a tough one. I am really happy. I feel I can breathe and it is nice to be here.

“It was surprisingly ok. I was expecting it to be worse. It is brutal, especially the high speed in sector two. There is more adrenaline in my body than anything else.

“We just couldn’t get off the line so most of the overtakes had to be done on the circuit. It was fun to drive.”