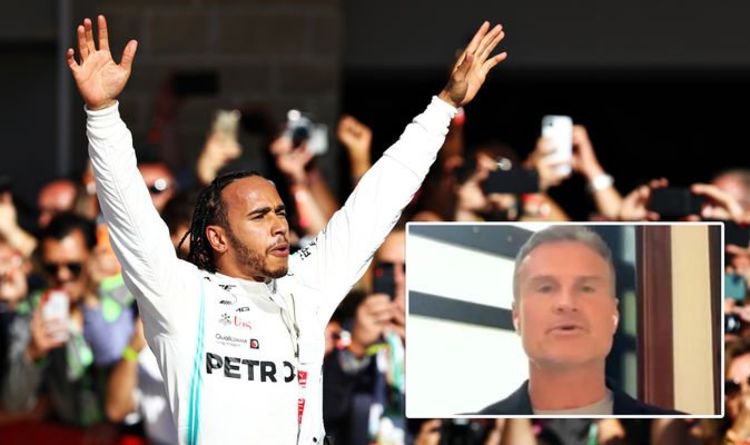 Lewis Hamilton‘s lack of “ruthlessness” had made him an “exceptional racing driver”, according to former Formula 1 racer David Coulthard. This comes after the Mercedes driver equalled sporting legend Michael Schumacher‘s record seven World Championship titles. Mr Coulthard explained to ITV’s Good Morning Britain what made Mr Hamilton “the greatest of all”.

He said: “There’s no question that every generation has their record breakers.

“If you go through the history of sport, you can pull Jackie Stewart, Jim Clarke, whether it’s Senna or Schumacher or whoever.

“The thing that makes Lewis, for me, the greatest of all is the way he races.

“He’s clean, he’s fair, he has a conscience for his fellow racers, which I’m not sure that Michael and Ayrton really had.”

The former racer added: “They had a ruthlessness to the racing. That’s why Lewis is an exceptional racing driver.”

Host Piers Morgan went on to ask who would win in a race-off in the same car “just on natural racing talent”.

Mr Coulthard replied: “If they were in the same car, if Lewis was leading, because somebody has to lead the first corner, then I think neither of the two drivers would finish.

“Ayrton would crash into him, he did it with others. He wouldn’t be able to accept that he’d met his equal.”

He equals the record of Mr Schumacher, widely regarded as one of the greatest Formula One drivers ever.

He has over 90 race wins and pole positions in total.

Who is the Premier League’s most overrated player? Our experts clash in the Big Debate

March 25, 2020 Admin Comments Off on Who is the Premier League’s most overrated player? Our experts clash in the Big Debate