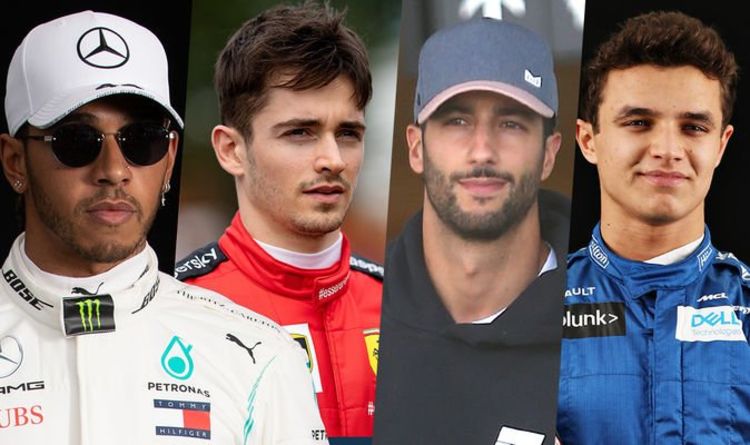 Lewis Hamilton fumed that no F1 stars had used their platform to condemn the death of George Floyd but within hours of his scathing rant a number of his peers have aired their views.

Hamilton was furious with how “white-dominated” F1 had remained silent amid the death of Floyd.

Floyd, an unarmed black man, died during his arrest in the American city of Minneapolis.

Riots have broken out across the States as people of all ages and ethnicity protest against the authorities.

But Hamilton was angered that nobody from his beloved sport spoke out about the incident – but then his fellow drivers broke their silence.

JUST IN: Man Utd transfer request made by Inter Milan as ‘definitive evaluation’ of star sought

“I still struggle to find the words to describe the atrocity of some videos I’ve seen on Internet.

“Racism needs to be met with actions, not silence. Please be actively participating, engaging and encouraging others to spread awareness.

“It is our responsibility to speak out against injustice. Don’t be silent. I stand #BlackLivesMatters.”

Young British driver Lando Norris, who competes for McLaren, added: “I have fans and followers. Support and love. And I have power through this to lead and inspire so many.

“But we also stand for what’s right. This time I ask you to do something and take action.

“Go to my bio and click the link to prove your support and show #blacklivesmatter #makeadifference.”

And fellow McLaren star Carlos Sainz commented: “These issues that we are facing nowadays in 2020 makes us think that we have gone back in time regardless the suffer and tears of our ancestors.

“It is crazy to think what is still happening right now, we all have the same blood.

“Regarding our environment, we’re a global sport with workers and fans from all over the world, various backgrounds, religions, skin colours and conditions.

“We work together in great harmony to entertain everyone around the globe and spread a message of sportsmanship and unity.

“I am solely condemn all type of racism and all type of injustice. Diversity pushes us forward, we embrace it. Hopefully one day everyone will.”

June 22, 2020 Admin Comments Off on Liverpool move a point closer to the title after predictable Merseyside derby draw