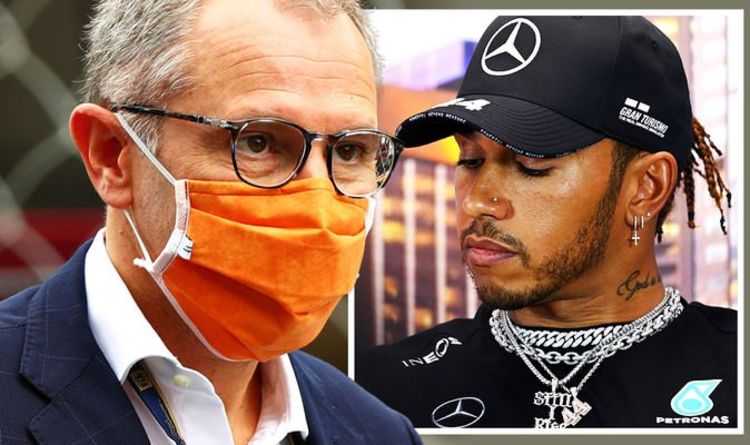 Stefano Domenicali wants to put F1 drivers at the fore of his thinking as he attempts to help motorsport’s premier competition continue expanding – but he is unsure if Lewis Hamilton will be part of that plan this campaign.

Hamilton is technically unemployed as his Mercedes contract expired three weeks ago.

Talks over an extension are thought to be difficult because the two parties are trying to get the best financial deal for their side.

Express Sport understands that Mercedes are confident a new deal will be signed before pre-season testing begins in March.

New F1 CEO Domenicali held talks with Hamilton last month but he did not get any promises from the seven-time world champion that he will be taking part this year.

“We spoke in the Christmas period,” he told the Italian broadcaster Sky Sport 24.

“He is preparing – and no, he is not telling me if he will sign or not sign the renewal with Mercedes.”

Mercedes are the only team on the grid with a seat available so Hamilton does not have any other options.

Although uncertainty is begining to creep in, Domenicali hopes the Brit will continue racing as he can pull clear of Michael Schumacher’s seven Drivers’ Championships this year.

“He has a great opportunity, not only speaking in terms of sports, to be the strongest in the world,” the F1 boss added.

“I think that they represent the real soul of our sport – their faces, their ability.

“I would say to interpret them, not only as drivers, but as the ambassadors of our sport. They will be crucial for the future.

“We didn’t have in the last decade so many good drivers as we have now.

“We have incredible young drivers, there is an incredible record to be achieved for Lewis, for others, so the challenge there is great.”